Do you also think that Prabhu deserves to marry Divya and not Sathya? 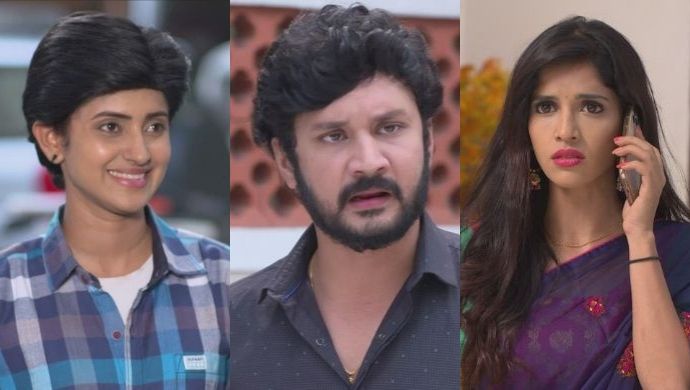 After one whole year, Prabhu finally managed to friendzone Sathya and is now getting married to her sister Divya. It literally took him over 365 days to gather the courage to tell his best friend (Sathya) that he only thinks of her as a friend and not a lover. And here, we cannot even hide what we had for lunch from our best friends. He gave us multiple hopes that he might be falling for Sathya but well, doesn’t look like he does. Truth be told, he actually does deserve Divya over Sathya, even though we wish with all our hearts that he ends up with his Rowdy Baby. Here’s why we think so.

He friend-zoned Sathya for over a year

Agreed that he was concerned about Sathya but dragging such an important truth for such a long time is not fair to anyone involved in this situation. Divya knew everything and still let it happen for some devious reasons.

He is gullible enough to fall for Divya

Prabhu is gullible enough to believe that Divya has the right intentions and will fall for all the lies that she throws at him. It’s the obvious feminine beauty that attracts him to her and nothing else.

He cannot take a stand

It took him a year to tell Sathya that he does not love her. He was wrapped up in what his parents would say or what Divya would think instead of figuring out his own feelings. Divya has been using these emotions to her benefit all this while and without even letting him know about it. And well, he fell for it.

Despite all of this, we do wish that Rowdy Baby gets her Amul Baby because they do make a very cute couple. For more such entertainment, watch Piriyadha Varan Vendhum streaming on ZEE5.

Sathya 27 November 2019 Preview: Sathya Has A Breakdown On The Day Of Prabhu's Marriage