Tamil movie Sigai, deals with the issues of sex workers and transgenders while also touching upon the topics of true love and societal acceptance. 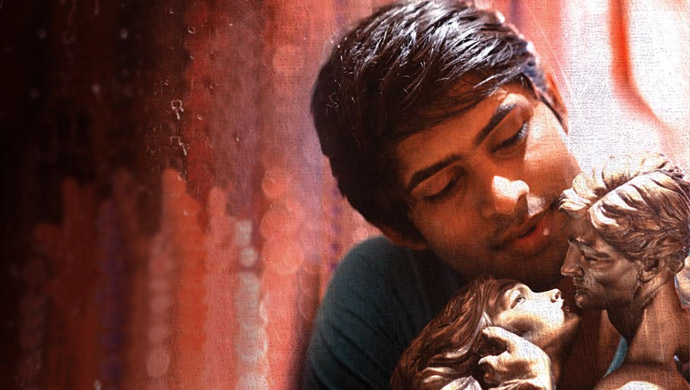 Tamil movie Sigai, is one that deals with sex workers and transgenders. To speak the truth, it is not just these two issues that the movie deals with but also touches the topic of survival, true love and societal acceptance. This movie stars Kathir, Raj Barath, Mayilsamy and Meera Nair handling important roles. The makers have ensured that they include certain aspects of the story and characters very subtly and sometimes also symbolically.

Watch Kathir as Mathivanan below:

So, let us look at five things which you might have missed to connect with, in the first glance.

In the movie, the character of Prasath is played by actor Raj Barath, if you would notice that his way of speaking with the sex workers and others is slightly different from his peer, Chetta. This could be because of his values. There is a scene where he gets a call from his mother, it appears that his family does not know about his work as a pimp. Here it seemed like he probably comes from a good family that is going through some bad phase.

2. The Tone of Sarcasm

It was just a fleeting glance but remember the scene where Nirmala walks into her house from the grocery store, there is a program that is being aired on the television set, which she finds amusing and if you notice it carefully then you would find that it is apparently a show on transgenders.

The scene where a cop flicks the money from Prasath is where the hotel owner says something about hard-working people and people who have been exploiting others to find a livelihood. This is not intended to Prasath but he feels that he is a person like that because of his profession.

In the end, we see Mathivanan with a young girl at a temple and he is dressed up a woman. The temple and the background all points to a place in Kerala. This means that he could have shifted to Kerala, where transgenders have been socially accepted and have been given opportunities to work within their comfort zone.

5. When Mathivanan picks up the child

In the same scene where we see Mathivanan picking up a girl child in his arms, if you would take a slight pause, then you would realise that it is no one else but Nirmala’s younger sister.

Do you have more scenes to add to this list? Do let us know in the comments below!

If you like watching drama series try catching up with the latest episode of  Iniya Iru Malargal, now streaming on ZEE5.

How Does A Daughter Arrange For Her Mother's Treatment? Watch Kolamavu Kokila Streaming On ZEE5