There is something about this mesmerising beauty that makes her stand apart and be the cutest of all. 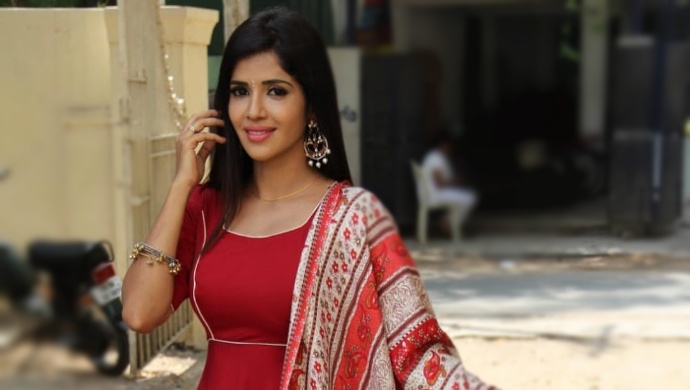 Sathya is a series that streams on ZEE5 and speaks about the conflicts and issues of the central character named Sathya. In the series, the part of Sathya is played by actress Ayesha, who without a doubt does a great job at creating an image of a tomboy who struggles to balance her love for Prabhu (Vishnu Vijay) with her responsibilities to her family. We also see actress Koli Ramya playing the part of Divya, who is the elder sister of Sathya.

Watch the series Sathya to witness the struggle of an individual to achieve success in love.

Now the character of Divya is one with some bits of negativity as her relationship with Sathya is not that great and she seems to be a self-centred person as depicted in the show. But the one thing that is for sure is that the viewers of the show love Divya and her cute mannerism. Koli Ramya is a beautiful actress who knows how to carry herself with a certain quotient of glamour. But apart from this glamour, she is also the cutest of all.

Here are some of her Instagram posts that show her cute side, for you to watch.

The cute expressions and her subtle smile to top it with her expressive eyes, she just makes a sight worth watching.

Her attire and cute expressions make it up to the missing dance moves and her beauty in this video is just doll-like.

Wow! That’s definitely a cute and yet sizzling performance of the Dhak Dhak song.

4. The Queen of expressions

Is it just me or is it really true, that she has very expressive eyes, that is just bound to mesmerise your senses.

There is something about this mesmerising beauty that makes her stand apart and be the cutest of all.

So, which of these is your favourite post of Koli Ramya? Share your thoughts with us, in the section given below.