While Parvathy is the epitome of goodness, Vanaja is the peak of evil. In the show, we see that Vanaja is constantly trying to hurt Paravthy. 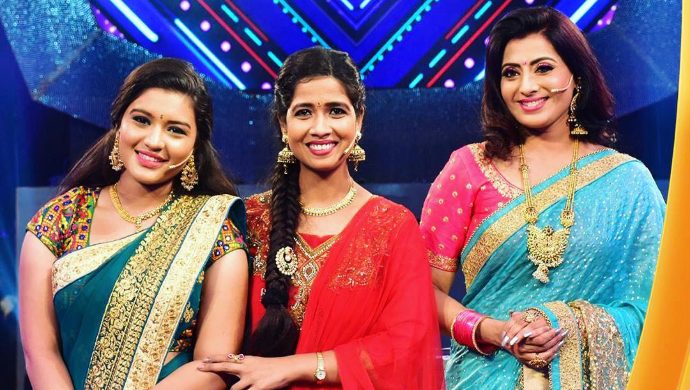 Vanaja and Parvathy are two names that come straight out of the series Sembaruthi and make an impact on your mind. For these two characters are amongst the important characters of the show that streams on ZEE5 and remain untainted by the influence of other characters that we see in such family dramas. Now the thing with Vanaja, a part played by actress Laxmi and Parvathy, a role handled by actress Shabana Shajahan is that they both are placed in the two opposite spectrum of the character definition.

Watch the conflict between Parvathy and Vanaja in the series Sembaruthi.

While Parvathy is the epitome of goodness, Vanaja is the peak of evil. In the show, we see that Vanaja is constantly coming up with ways to hurt and tarnish Parvathy’s image. Their onscreen enmity is famous and the talk of the town. But if you were to take a look at the Instagram posts of these two actresses then you would wait for a moment in shock, just to check if you were really dreaming or if what you are seeing is real. Because these two actresses apparently are good friends.

So, let us take a look at some of their posts on Instagram, just to test the intensity of the friendship.

The cute pose and amazing filter say a lot about their offscreen friendship.

I donno why she’s special to me..!!!🤔 …… …… …… She is not my mother, not my best friend , not my sister , not my relative but she is a package of all this together❤️❤️❤️she is a superwomen❤️and most lovable person i ever met in my life ❤️❤️😘😘 ofcrse cant lose her for ever🌟✨ @laxarthy

OMG! So much love for Parvathy!! If only they had the same emotions for each other onscreen…but then it would have not been much exciting to watch Sembaruthi then.

Surprise meet With my cutie😍😍😍

Look at the smile that they both share at an airport. Such strong friendship vibes it gives.

When an award moment for the show is also turned into a moment to share their friendship then obviously the relationship is so thick.

5. The mother and a friend

Such is the love of a mother… or a person who considers you her daughter.

Now you see the depth of Parvathy and Vanaja’s relationship. So, don’ t be fooled by the two when they fight on the screen… it is just acting.

Share your thoughts about their friendship with us, in the section given below.

If you are a fan of dramas, catch up with the latest episodes of Poove Poochoodava on ZEE5.