In this web-post, we will give you reasons why you must Silamabarasan starrer action-comedy Vantha Rajavathaan Varuven. 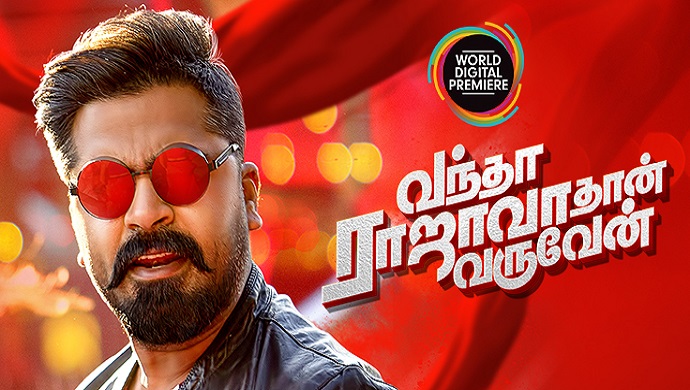 In this web-post, we will give you reasons why you must watch the film. So gear up for the movie a la Silamabarasan and read on.

Silamabarasan, aka Simbu, has wowed you since his childhood. He has acted in several films and has thoroughly entertained you. He has delivered spellbinding performances in films such as Kovil, Kuththu, Saravana, Vallavan, Silambattam, Vinnaithaandi Varuvaayaa, Osthe etc. Vantha Rajavathaan Varuven will present Simbu in a flamboyant avatar. So, don’t give this film a skip.

The film has exceptional performers on board such as Prabhu, Nasser and Ramya Krishnan. When you have names such as these in the cast, how can you not watch this film.

This film has the right dose of action and comedy to keep you glued to your seat. Sometimes all you need is a relief from your day-to-day challenges, and this film will make help you relax and attain calm from within.

‘Hiphop’ Tamizha has composed music for this film. There are as many as six tracks, and they won’t disappoint you for sure.

The story is about a rich, old man who wishes to reunite with his daughter, whom he had disowned after she got married to a man of her choice. His grandson Adithya (Raja) promises to fulfil his most-cherished wish. Now, how he does it is something for you to watch.

What are you waiting for? Log in to ZEE5 and watch this film right away.

And if you are a fan of the horror films, then watch Lisaa, only on ZEE5