Vetrivel stars Sasikumar, Prabhu, Viji Chandrasekhar and Mia George in pivotal roles. We have listed out reasons why you should watch the film. 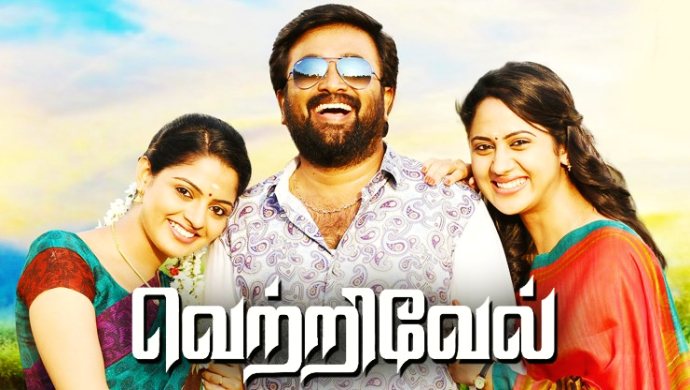 Weekdays can be quite taxing with work keeping you busy. However, a small dose of entertainment and drama never hurt anyone. In fact, we recommend that you watch the 2016 hit film, Vetrivel, which stars Sasikumar, Prabhu and Viji Chandrasekhar in essential roles. The movie has received quite a lot of critical applause and is ideal to drive away the midweek blues. Not only do you get to experience a good film but also some fine performances. Find below, some of the reasons why you should watch Vetrivel.

Newcomer Vasanthamani’s writing skills received lots of love and appreciation from the film critics. Although it may sound like a confusing story with several important characters and story arcs, the way they are all stitched into one compelling climax is commendable. The rural-drama theme used by the filmmaker appeals well to the critics and even fans.

The film has a plethora of conflicting characters. As mentioned above, expect a lot of characters on the screen as there are several arcs in the storyline. However, the way each and every character is fleshed out makes the story engaging and the performances, worthy of praise.

While you might expect a film with Sasikumar to be a regular massy-drama with the hero being the center of attention, Vetrivel does not present a flamboyant overview and instead, puts all the focus on the story. There are several conflicts in the story where one would find a lot of drama and showdowns. However, Vetrivel has a different approach, something you should experience while watching.

With actors like Sasikumar, Prabhu and Viji Chandrasekhar, you can only expect the best performances. Needless to say, they are all in top form and give the audience what they came for- a nice drama with good acts.

Thambi Ramaiah is a revelation on the screen with his on-point comic timing. He is hilarious and brings a good balance to the seriousness of the plot.

With a view to unite his younger brother with the woman he loves, Vetrivel and his friends plan to kidnap her and get them married. However, things go south when they accidentally kidnap the wrong girl. Not to mention how the failed kidnapping fiasco leads to a series of unfortunate events. Will Vetrivel be able to bring peace to a mess he took upon himself? Watch the full movie right here, on ZEE5! The film stars Sasikumar, Mia George, Thambi Ramaiah, Prabhu, Viji Chandrasekhar and Nikhila Vimal in pivotal roles. It is directed by Vasanathamani with music composed by D. Imman.