Igloo is not a film but an experience that will melt your heart and make you look at life from a new perspective. 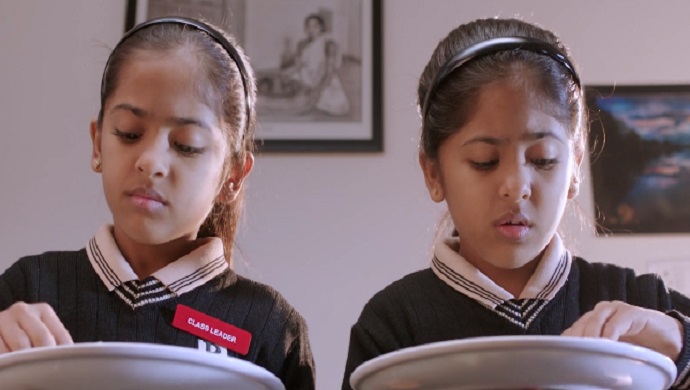 If you feel God has been unkind by throwing endless challenges at you, then take a deep breath and look at people around. Every person on this plant some problem or the other to deal with and the magnitude may be different, but there’s no way one can escape it. Filmmaker Bharath Mohan’s Igloo, a film starring Amjad Khan and Anju Kurien in the lead roles, is an absolute delight. It showcases the universal language of love in the most effective way possible. Igloo is not a film but an experience that will melt your heart and make you look at life from a new perspective.

Experience the beauty of the precious thing called life here:

In this web-post, we will tell you about the scenes that will alleviate your mood. Here we go:

1. Aishu says she will not get good marks in exams because the weather was colder than usual. She uses terrible weather as an excuse to tell Shiva that she will fail in her tests. After listening to her lame excuse, Shiva tells her to visit his office and work as a house-keeping staff. This scene showcases the realistic bond between a father and a daughter and it will remind you of the excuses you gave as a child to your parents for not preparing properly for the exams.

2. One of Aishu’s friends calls her Baby, and she doesn’t appreciate getting addressed like that. He gets lunch for her and takes extra care of her, but she likes to keep him away. The scene where Aishu tells him she is not his Baby will leave you in splits. You will get reminded of the person who had a crush on you.

3. Shiva has unshakable faith in his love, and it surfaces when he tells the doctor that he will not let anything wrong happen to Ramya or his child. Shiva looks determined to challenge the limitations of medical science with his love.

4. Igloo is a passionate tale of romance that showcases the power of love. There’s a scene where Shiva kisses Ramya in public view after she shouts at him. The beautifully shot scene showcases Shiva’s perseverance and patience to help Ramya with her mood swings after she gets diagnosed with blood cancer.

5. And last but not least. When Ramya loses her hair due to chemotherapy, Shiva goes bald to look like her. This gesture makes Ramya laugh and proves she is lucky to have Shiva in her life.

To experience the magic of pristine love, watch Igloo right away only on ZEE5.