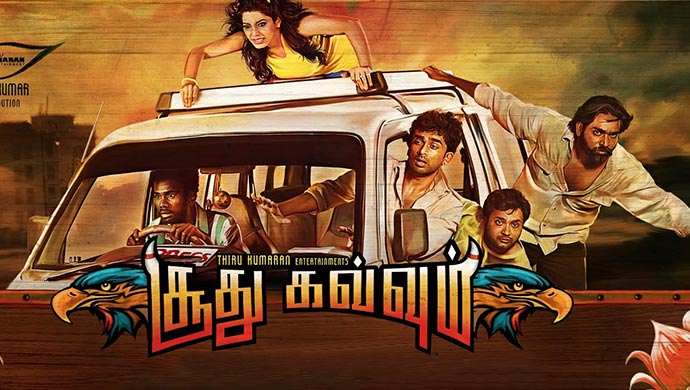 A comedy scene in a movie has the capacity to hold together the other scenes of the movie and it also has the capability to break the flow of a narrative. But in case of comedy scenes from Soodhum Kaavum, that is available on the ZEE5, they are all well-crafted and cleverly executed.

So, let us look at the five epic comedy scenes of the movie, which is sure to make you laugh out loud.

Das tries to kidnap an unsuspecting girl and fails at it miserably because of lack of proper planning. The scene is further made hilarious when the kidnapped girls grab hold of Das by his hair and bash him up.

The fight that ensues at the liquor shop because Kesavan, Sekar, and Pagalavan get into an argument with a guy who picks up their bottle to hit Das. The scope of the fight starts on a small scale and spreads to such a scale that the whole crowd at the shop ends up fighting with each other.

The scene where Das and his friends finally manage to kidnap a girl named Divya and they threaten her father to extort money. The concern and care that Das displays about Divya’s father’s financial condition are funny.

The scene where the Rowdy doctor is introduced. The manner in which he treats his patient and tries to balance his role as a doctor, a rowdy and a director is hilarious.

5. The Cop who Missed his Mark!

The time when the cop Bramma tries to get a gun to kill Das and his friends but accidentally shoots himself is another funny scene to witness.

Did we miss out on any scenes which were hilarious? Let us know in the comments below!

If you like watching family drama, check out Oru Oorula Oru Rajakumari streaming on ZEE5.

Anjali's Lisaa Trailer Will Send Shivers Down Your Spine, Watch It Now