Vishnu Unnikrishnan is a name that most Dubsmash video viewers might be well versed with and now with his entry into the TV he is creating a buzz. 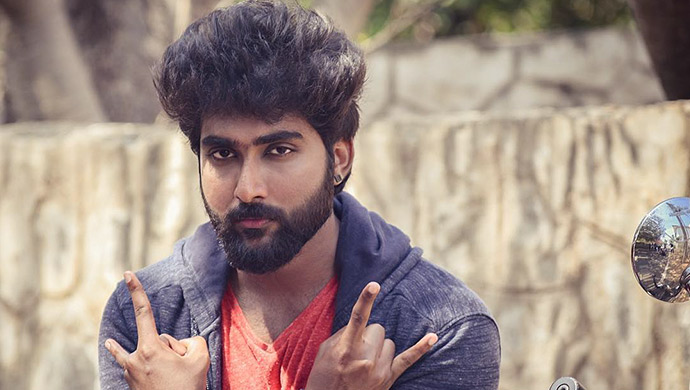 Vishnu Unnikrishnan, is a name that most Dubsmash fans might be well versed with but with his recent venture into the television industry, the actor has started making a fanbase for himself in the Tamil TV industry. In Kandukondain Kandukondain, that streams on ZEE5, we see Vishnu playing the part of Vikram. The story of the series revolves around Vikram and Preethi, who are brought together by the forces of fate and it also speaks about the challenges that they have to face.

Before coming into the TV industry Vishnu was a dubsmasher who had a huge fan following for him. Apart from this, he was also a fashion photographer. So, to know more about this actor I was going through his Instagram page only to find some interesting Dubsmash videos. So, let us take a look at five such entertaining videos.

1. As an emotional Dhanush

The emotional quotient that the actor Danush brings in to his characters, is well portrayed by Vishnu here.

The mannerism, the rage and the style that Dhanush displayed in the role he played, in the movie Velaiyilla Pattathari is depicted to its perfection by Vishnu.

Ohh my!!! Is that really Vishnu… the Instagram page says so! But look at that character transformation. It is just like watching Surya on the screen.

As you all requested, here’s another video with my mom! ❤️😄 #theri #vijay #radhikasarathkumar #tiktoktamil

Actor Vijay would surely feel proud after watching this seamless acting skills that Vishnu displays while playing the part from the movie Theri.

The attitude that Surya carried in with his role from the movie Singam, is depicted here very minutely and precisely by Vishnu.

So, which of these posts is your personal favourite? Let us know about your thoughts in the section below.

Also, check out family films streaming on ZEE5 if you looking for more entertainment.

Tamasha: Tara Falls In Love With Ved Without Actually Knowing The Truth About Him