A Lot Of Men Will Relate To Sree’s Character From Pyaar Prema Kaadhal, Find Out Why!

Harish is family guy who lives within the parameters that his parents have drawn for him. 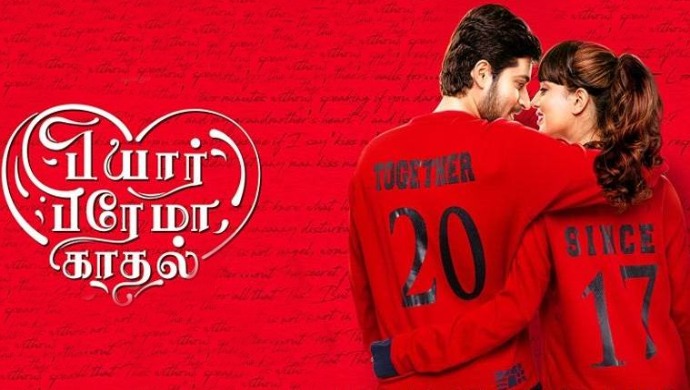 In the movie Pyaar Prema Kaadhal, that streams on ZEE5, Harish Kalyan is seen playing the part of Sree. Sree as a character is not very different from the typical that guy you will find in Tamil movies. He is a family guy who lives within the parameters that his parents have drawn for him. And to a greater, extent he is happy to live this mundane life. The only thing that is out of the framework for him is his love for Sindhuja, a part played by Raiza, who works in the building next to his office. Every morning, life for Sree begins with he rushing to work to spend the rest of the day staring at Sindhuja from his office window.

Watch the love story between Sree and Sindhuja in the movie Pyaar Prema Kaadhal.

As the plot develops we see that the problems that occur between Sree and Sindhuja, who eventually fall in love are the way Sree has been brought up. It is the parental influence that reflects in his actions and reactions. We see that he is afraid to tell them that he has his own secret love story and that he is already in a live-in relationship with her. Because he knows that they will have a difficult time overlooking that fact that he is not married to the girl with whom he has a physical relationship.

The delay at Sree’s end to inform his parents is also because of the fact that he himself is not sure about the concept of live-in relationships. We see his doubts when he speaks to his mentor and friend Tailor Thangaraj, a role played by Ramdoss. Further, we see that male mentality nudging his mind at regular intervals which force him to speak and think like a typical man.

Thus, we see Sree as that modern youth who struggles with the fact that woman is his equal and has desires and dreams apart from the aim of raising a family and attending to the needs of their children. It is this concept that he juggles with throughout the movie and what creates a rift between him and Sindhuja.

So, what do you think about Sree’s character? Share your thoughts in the comments section below.