Did You Know That Abbas Akbar’s Cop Drama Vettai Has Won Many Awards In Singapore?

Vettai bagged several awards in 2011 at the Pradhana Vizha Awards. Scroll down to see the categories! 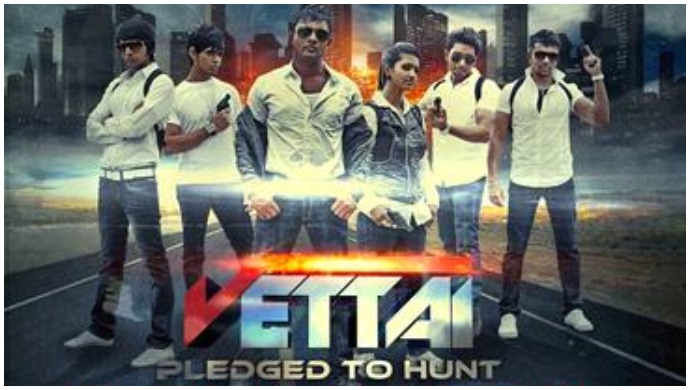 Do you know the popular series Vettai which is a hit among the audience is created by Anuratha Kanderaju and Abbas Akbar for the Singapore Tamil Channel? This police drama stars Shabir, Sathish, Gunalan, Vikneswaran, Gayathiri Segaran, Rishi Kumar in the essential roles.  Vettai revolves around a police unit that specialises in solving cases related to the Indian immigrant community. This special elite team works in a highly confidential manner and solves the cases which the police are unable to crack.

Due to its unique concept, Vettai gained huge popularity among the Tamil audience in Singapore. Following the positive reception of the first season, the creators came up with three more seasons; now Vettai has four seasons. The series made it big in Singapore by bagging several awards in 2011 at the Pradhana Vizha Awards.

If you are yet to watch or new to the series, here’s what you need to know about Vettai. After Dayanithi, the leader of a special task force, is found dead under mysterious circumstances, Vettai, Mugilan, Nanda, Seelan and Radha pick up the case to unearth the mystery behind the murder.

Vettai is currently streaming on ZEE5 for those who are missing Sembaruthi, Sathya and Yaaradi Nee Mohini (among others) in this lockdown. So, find out if this special unit is able to resolve the complicated case, or is there a twist to the whole situation? With an intention to keep the ZEE5 audience entertained during the lockdown, the platform is hosting these episodes for free. Stay tuned!

If you are a fan of cop drama/ series, you must check out Police Diary 2.0, currently streaming on ZEE5.