Life always comes in as it moves ahead, like a river. It does not differentiate between people or create a rift between them. It just happens. 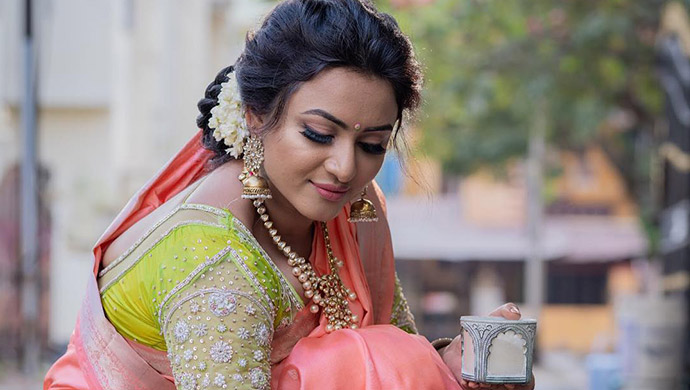 In Sembaruthi, that streams on ZEE5, each and every character has its own unique trait which makes them stand apart and makes them emphasising. Thus, each of them has its ups and downs but each has its own distinct space where the character grows and flourishes. In that respect, each character has the potential to have a parallel storyline run through the course of the series. One such character is Aishwarya Shankar essayed by Janani Ashokkumar.

Watch the conflict that arises in the life of Aishwarya Shankar in the series Sembaruthi.

Recently, Janani shared a message on her Instagram page. Although it sounded like a casual motivational read in the first glance, it holds a very deep meaning. So, let us first look at the post that this actress shared.

What the actress intends to say is a very good point, for life is unpredictable and there would be times when you would face a grave challenge in life but your hope should be so strong that you should be able to reclaim your life. This thought could be compared to the situations that Parvathy and Aishwarya face in the series at many junctures.

On the other hand, if we lose hope, life becomes difficult and we either turn to succumb to the vices in life or live a life that is not worth it. What we should understand is that hope is not a spontaneous thing but it should be cultivated. What is also essential is that we should realise that life always comes in as it moves ahead, like a river. It does not differentiate between people or create a rift between them. It just happens and it is entirely upon our perspective as to how we take it. So, as they say, always take everything with a pinch of salt.

So, what is your opinion about this notion? Share your comments in the section below.

If You Plan To Spend Your Vacation Like Rudra In Chennai, Check Out These 5 Places