Miya is a good actor there is no doubt about it but what makes her different from her peers is the charm and cuteness that she brings along. 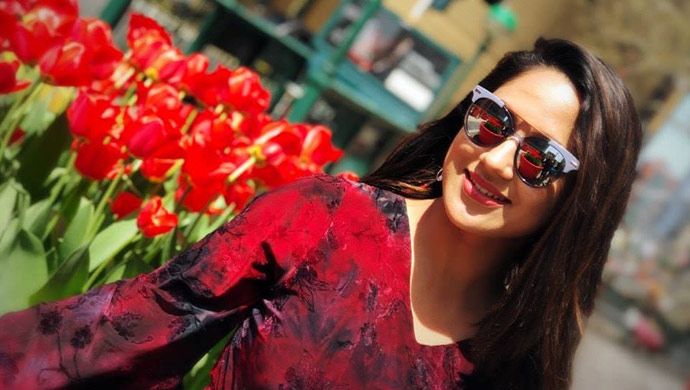 Miya George is a common name in Kerala from where she belongs. Born as Gimi George in the year 1992, as the second daughter of George and Mini in a Malayali Christian family at Dombivili in Mumbai, this actress is better known by her stage name, Miya. In Vetrivel, Miya plays the character of Janani, who an agriculture researcher.  Although in the movie, she is paired opposite to M Sasikumar, she does not end up being the main female lead but has to share that title with co-actor Nikhila Vimal, who plays the part of Latha.

Watch the conflict between the sacrifices that Vetrivel has to make in the movie Vetrivel.

But the numbered few scenes by Miya is enough to make her a memorable face in the minds of the audience. The charming smile and the broken Tamil with heavy Malayalam accent that she carries in the character seem close to her true self.

Miya started her career with a Malayalam television show, where she played the role of Mother Mary. Her charismatic face and gentle smile were well suited for the role. Her first real break was the role of the wife, of a man whose life revolved around his drink buddies, in Malayalam movie Chettayees. The biggest challenge that this actress who was in her early twenties faced, at the point was to create an identity for herself in the midst of the senior, seasoned male co-stars. Her performance was effortless and her role in the movie was well appreciated.

Her first movie in Tamil is a 2014 movie named Amara Kaaviyam, this movie failed to leave a mark on the minds of the audience. But it did create a buzz in the industry with the soundtrack and the cute looking Miya.

Miya is a good actor there is no doubt about it but what makes her different from her peers is the charm and cuteness that she brings along her to the roles that she plays.

So, what do you like about this actress? Share your opinions and thoughts in the section below.

Also, if you like watching drama series, watch Sembaruthi streaming on ZEE5.

Iru Mugam: Akhilan, An Ax-agent, Tries To Track Down A Criminal Who Has Developed A Hazardous Drug

Sembaruthi: Parvathy Gives A Fitting Reply To Mithra For Going Against AkhilandeshwarIi

Yaaradi Nee Mohini: Will Rudra Tell Annamalai That Her Father Has Been Hypnotised?