In his dream, Prabhu sees Sathya knocking the door of his bedroom and telling him that she couldn't stay without him in the hospital. 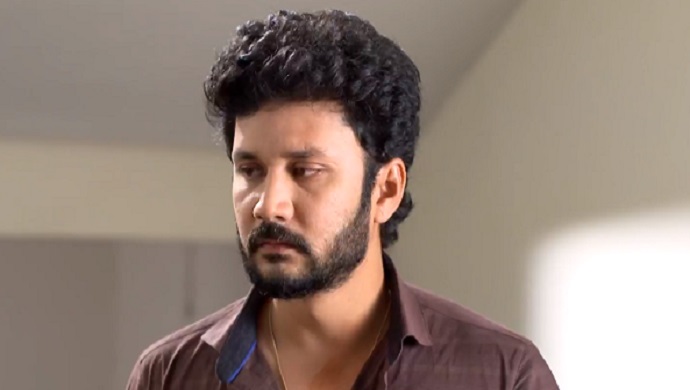 Our favourite girl, Sathya, has slipped into coma after undergoing a major surgery. She is yet to regain consciousness. Prabhu, the man she loves the most, has returned home, leaving her in the hospital with her set of friends to take care of her. Prabhu is extremely overwhelmed because he doesn’t know how to deal with his emotions. On the one hand, he thinks about is fiancee Divya, and on the other, his dear friend Sathya.

In today’s episode, Prabhu dreams about Sathya. In his dream, he sees Sathya knocking the door of his bedroom and telling him that she couldn’t stay without him in the hospital, and hence she secretly decided to meet him. Will this be the moment when Prabhu realises that he loves Sathya? Sadly, he doesn’t know that Divya, the girl whom he wishes to see as his future wife, is cheating on him with her boyfriend, Bala. Divya also has plans to dump Prabhu by quietly getting married to Bala.

For the unversed, here’s a quick flashback. Sathya had proposed to Prabhu on the eve of her birthday. It was the same day when Prabhu wanted her to get introduced to his fiancee Divya. But Divya purposely chose not to attend Sathya’s birthday bash because she did not want the truth about her to get revealed. Next morning, when Sathya leaves to meet Prabhu, she gets injured in a fatal accident. And in the hospital, when she regains consciousness just for a few minutes, she requests Prabhu to reply to her proposal. Prabhu utters the three magical words – I Love You – to make her happy. However, he hopes that Sathya would understand his compulsion when she recovers.

Keep showering your love on Sathya by watching the show and for more entertainment, check out Rettai Roja, the story of sibling rivalry between identical twin sisters Anu and Abi, on ZEE5.

How Did Fans React When Sembaruthi's Vanaja Asked Them To Write A Line About Her?

Yaaradi Nee Mohini: Will Swetha Ruin Vennila's Efforts When She Does The Puja?