Apart From Being A Crime Thriller, Kuttram 23 Focuses On An Important Social Stigma

A crime thriller that focuses on the social stigma and problems attached to the issue of childlessness. 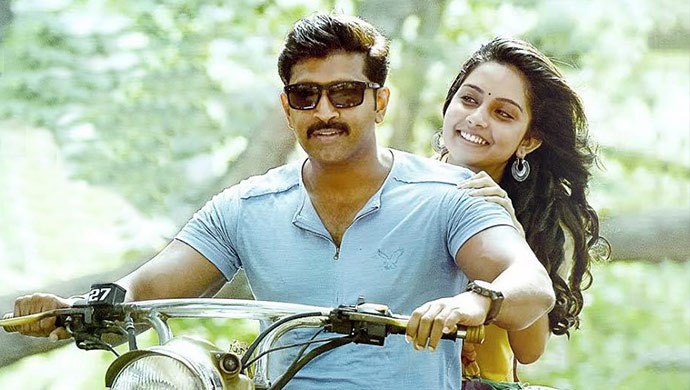 India as a country is filled with diversities and the extent of its diversity is such that it also extends to the social stigmas. In Kuttram 23, which is available on ZEE5, director Arivazhagan Venkatachalam has taken a strong stand against one such social stigma. Kuttram 23 has Arun Vijay as Vetrimaaran, a police officer, who tries to solve the inexplicable serial murders of several pregnant women.

Watch Vetrimaaran as he races against time to solve the crime in the movie Kuttram 23.

Along with close-set action scenes and the typical romantic scenes this movie has a strong message for the society. The central plot of the movie deals with the crime that happens in the medical profession, but a parallel stream of the story also focuses on the social stigma attached to childlessness.

In many parts of India, for married woman, being childless is nothing short of a curse. There have been incidents that have been brought to light where women were forced to do horrific things just for bearing a child. As Abhinaya, one of the characters in the movie, puts it, “Oru Vella Kuḻantai enn oru vishayam ille na… ennoda nilamai enna? Unn annan koode nan irundhir penna?” (What would have been my situation if I did not bear this child? Would I then be allowed to be with your brother?).

It is a fact that in India, some people still think of a woman as a childbearing machine and if a woman for some reason is not able to give birth to a child then she is humiliated and isolated. Kuttram 23 centralises this issue and builds the story around it. And not only does it question the validity of this social stigma, but it also points out a fact that this social pressure for bearing a child is what feeds the many social evils that exist in the society.

Towards the end of the movie, the makers have also put forth a thought about adopting a child rather than going for an illegal or unethical methods of bearing a child. This is an important message now, for, in a country like India, which is brimming with the population, there are a lot of children who left as orphans. If childless couples decide to adopt a child instead of shifting to complex and disturbing practice to bear a child, then there would obviously be a lesser number of orphans in the community.

Do you agree with the makers and the message in the film? Let us know in the comment.

Watch Omakara: A Classic Adaptaion Of The Shakespearen Drama Othello, Where Langada Plots To Take His Revenge On Omkara and Kesu

Archana Chandhoke Shares A Quote By Swami Vivekananda, And It Is Inspiring

Positivity, Innocence, Things We All Need To Learn From Yaaradi Nee Mohini's Rudra