Archana Chandhoke Pays A Tribute To Her Mom With An Insightful Message, Don’t Miss

What we as responsible adults should do is make our children aware that a man and woman are just two sides of the same coin. 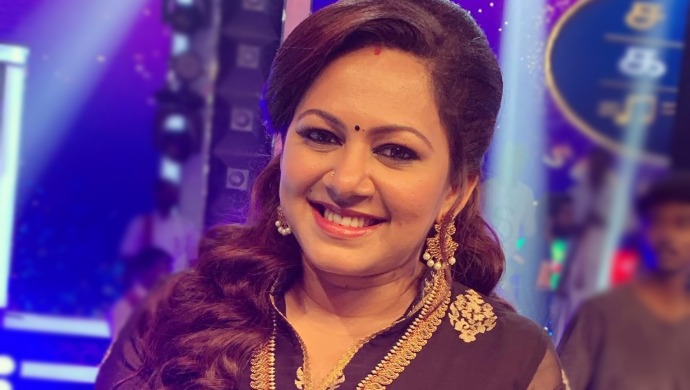 Archana Chandhoke is one of the most popular TV anchors, who have also contributed to making a paradigm shift in the concept of reality show anchoring. This talented and bubbly anchor who has hosted shows like ‘Sa Re Ga Ma Pa Seniors’ and ‘Sa Re Ga Ma Pa Li’l Champs’ is presently hosting season 2  of  ‘Sa Re Ga Ma Pa Seniors’. Archana has worked as an anchor for various TV shows. And as per her interview to one of the leading local daily, she says that TV is close to her heart as she’s quite familiar with the medium.

Watch the talents showcase their skills in Sa Re Ga Ma Pa Seniors Season 2, while Archana hosts the show.

This powerful anecdote about the responsibilities that a woman has to undertake within the role that she has been handed down by the male-dominated society is truly an eye-opener. It is now a fact that a child who has very minimal knowledge about the gender biased society will have very less understanding of societal norms. But in the height of the innocence, the kid said something which has a deeper meaning.

We all have been conditioned to think in terms of gender-based roles. Thus, for us, it is okay if a man is less emotional and more vocal and if a woman is less expressive about her feelings. We feel a tinge of insecurity when a woman behaves in a manner or takes responsibilities which we think are not meant for her. This mindset is all due to the change that we imbibe from the prevalent norms and start believing in categorising the role of a man and a woman in society.

What we as responsible adults should do is make our children aware that man and woman are just two sides of the same coin. So, on this note, we salute Archana who has not just paid a tribute to her mother but also given out a message of gender sensitisation.

What do you think about this message? Share your thoughts with us in the section given below.

Watch Manjapai: Tamil, A Young IT Professional's Relationship With His Grandfather