The parcel has a pen drive in it. As she plays it, she gets hysterical. What are the contents of the pen drive? Read more to find out. 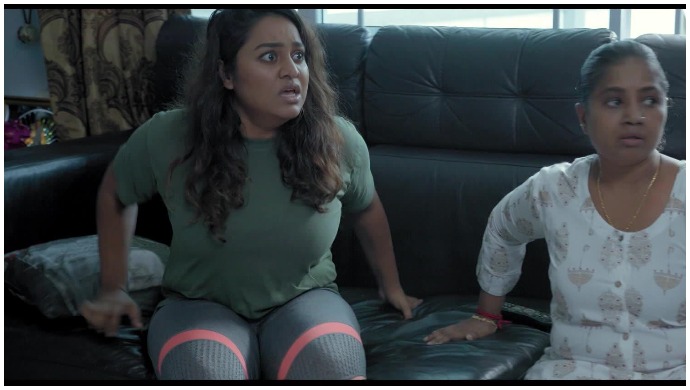 In the previous episode of Arivaan – The Revelation, Akhila and Vinod meet and recollect events from the past. Meanwhile, Deva requests for a couple of days leave but his senior officer denies it as he is in charge of the murder case. Deva suggests to the officer that he can work from home as it will help him to look at the case from a different perspective. Later Akhila and Vinod are on their way home and Hari tries to talk to the former.

While Akhila ignores him, Vinod gets annoyed and bashes Hari. Meanwhile, Deva’s father-in-law argues with him, for not spending time with Rani. Elsewhere (at Penang, Malaysia), Siva Swami is at a mental asylum. The doctor introduces a newly joined nurse to Siva Swami and tells her about his case. The nurse gets a strange vibe when she sees Siva Swami.

In tonight’s episode, Akhila’s mother asks her to stay away from Vinod as she thinks that he has returned for a selfish reason. Meanwhile, Vinod assures a few people from the media that he will convince Akhila to tell her story in their documentary. At Penang, Vimala (the new nurse) digs out Siva Swami’s case file. Later, a senior nurse tells Vimala to give food to Siva Swami despite knowing that the doctor had strictly asked her (Vimala) to stay away from the patient.

As per senior nurse’s instructions, Vimala goes to Siva Swami’s room and gives him food. As she enters the room, Siva attacks Vimala. She shouts for help and the security men come to her rescue. It turns out that the senior nurse played a prank on Vimala; and sends the video of it to her friends which goes viral in no time.

Elsewhere Akhila gets a parcel, which has a pen drive in it. When she plays the pen drive, she sees the video of her being held and tortured by the psycho killer. Akhila gets hysterical after seeing the video and is rushed to the hospital. When Deva watches the viral video of Siva Swami, he calls Sharon about finding a lead. What is the mystery about Siva Swami? Stay tuned!

Also, if you love watching Tamil series, you can also check out Karoline Meenakshi, currently streaming on ZEE5.