Deva asks Siva Swami about the sketches and threatens him to destroy the drawings if he does not tell him the story behind it. 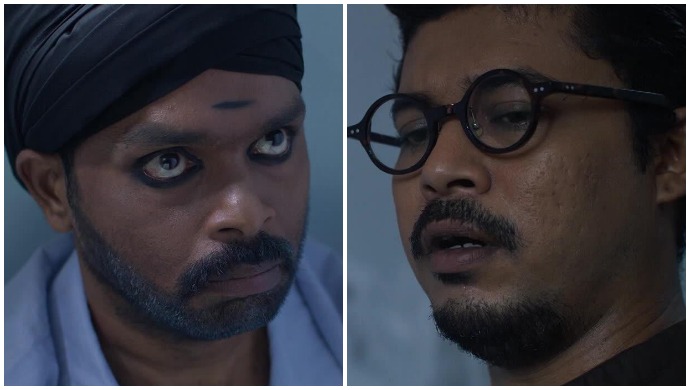 In the previous episode of Arivaan – The Revelation, Akhila’s mother asks her to stay away from Vinod as he seems to have returned for a selfish reason. Meanwhile, Vinod assures a few people from the media that he will convince Akhila to tell her story in their documentary. At Penang, Vimala (the new nurse) digs out Siva Swami’s case file.

Later, a senior nurse orders Vimala to give food to Siva Swami. But Siva Swami attacks Vimala, the latter shouts for help and the security men help her escape. As a matter of fact, the senior nurse had played a prank on Vimala and sent the video of it to her friends, which went viral in no time. Akhila gets a parcel, which has a pen drive in it. When she opens the folder in the pen drive, she realises that it contains a video of her being held and tortured by the psycho killer. Akhila gets hysterical after seeing the video and is then rushed to the hospital.

In tonight’s episode, Deva informs Sharon and his senior officer about the viral video and how it could be one of the most important leads in the murder case. He tells them about the similarities like sketches matching the killing patterns of the murderer; the previous suspect in this case and the mental patient Siva Swami from the video both are from Penang. Meanwhile, Hari tries to speak to Akhila but Vinod warns him to stay away from her.

Later, Akhila, who tries to recall the killer’s face, remembers that his eyes were brown in colour. So, she meets Hari to discuss the same. Meanwhile, Sharon asks for pictures of the sketches drawn by Siva Swami. Later, Deva reaches Penang and meets Siva Swami; Deva asks him about the sketches and threatens to destroy the drawings if he does not reveal the story behind it. Then the senior nurse tells Deva about Dr. Ram when he asks for an old employee who would be familiar with Siva Swami. Who is Dr. Ram? Stay tuned to find out!