The nurse tells Deva that Siva Swami received a call from someone which triggered a change in his behaviour. Scroll down to know the reason behind it. 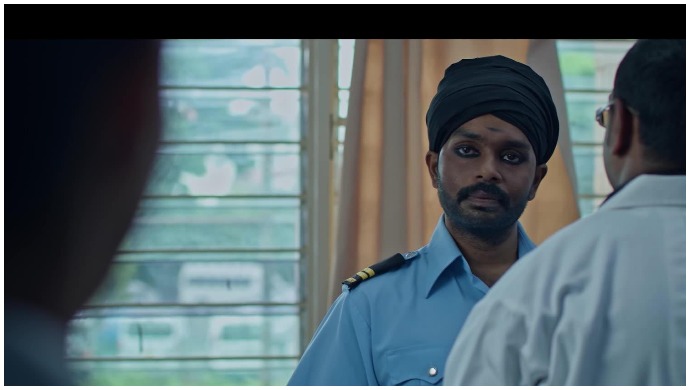 In the previous episode of Arivaan – The Revelation, Hari tells everyone about how Naga, who was very fond of a dog Babu and used to play with him a lot. Yet, his face was expressionless when he heard the news of the death of Babu. Later that night, Shanti catches Naga washing off the bloodstain of his shirt. Another day, Naga tries to kill Hari by drowning him in a lake.

So, Shanti takes this matter to Guru (her husband) but he doesn’t believe her. Another time when Naga stabs a girl (classmate) with a divider, Hari finds out about all that Naga did so far and thrashes him. After this incident, one day, Naga sets the house and his mother ablaze, later, he also jumps into the fire. Hari and Gopi conduct a funeral for them.

In tonight’s episode, Hari and Guru tell Deva that they have not seen Naga’s dead body. Later, Hari tells Deva that now they have a face for all the murders. So, they should lay a trap and get hold of the killer at the earliest. Hari tries to protect Akhila when he suspects Naga behind all the murders.

Deva receives a call about shifting Akhila to a police safe house. So, Hari requests Deva to allow him to take care of Akhila as only he can save her. Meanwhile. Guru shares a past incident about Hari with Bhanu. He tells her about the first panic attack Hari had after moving to Singapore.

Meanwhile, Deva leaves for Penang after he gets a call from the hospital about Siva Swami. The nurse tells Deva that Siva Swami received a call by someone which triggered a change in his behaviour. Siva Swami informs Deva about Naga’s arrival when he visits him. Hari and Akhila reach the spot on receiving a message from Vinod about the killer. Akhila gets scared to see the killer coming towards her. Will he kill Akhila? Stay tuned!