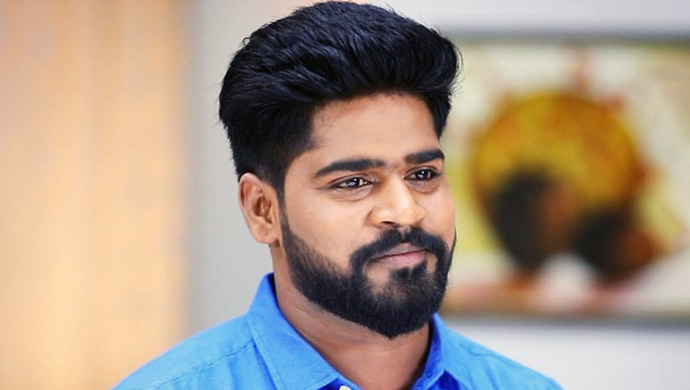 Many of us know the character of Arun is played by VJ Kathir on Sembaruthi. We are familiar with his comic timing and exemplary acting skills that add to finesse to the plot of the show. But what remains distant to us is the knowledge about the true-life struggle of the actor who portrays the character.

The real-life stories of the stars rising to stardom have always intrigued and caught the attention of the masses. Speaking in this context, very few details of VJ Kathir’s personal life has been shared over the media. It is only a few bits and pieces that have been woven around the star that is offered to the audience.

ZEETAMIL KUDUMBA VIRUTHUGAL- 2018 Atlast!! After So Many Struggle I Got My Reward!!BEST SUPPORTING ACTOR!! U Guys showered Ur love by ur votes😊!! Thank u so much fr ur love💖!!ZEE which changed my life💖!!thank u so much zee Tamil fr supporting me!💖😊!main reason fr thz reward sembaruthi team!!😍 Keep supporting me will keep entertaine u!!😍💖 Without u guys am nthg With lots of love and tears!!😍💖 With love 🙏 Vjkathir😍

In fact, today VJ Kathir who plays Arun in Sembraruthi has carved himself a distinct identity in the Tamil industry and has a huge fan following across different social media platforms. He is one of the most loved VJ on Zee Tamil. But in reality, VJ Kathir was not always so affluent and well known. Born as Kathirvel, in Coimbatore, Tamil Nadu, as the eldest son of a lorry driver, Kandaswamy and Parameshwari, a construction worker, this actor only had a merge beginning to boast about.

Kathirvel had to discontinue his graduation due to financial issues while he was pursuing B.Sc in Computer Science at the Sri Jayendra Saraswathy Maha Vidyalaya College of Arts and Science, Coimbatore. It was after this setback that he entered the media industry. He started off by acting in short films, hosting events and VJing for different shows. It was his stage presence and confidence that has helped to rise amidst all the struggle. Finally, it was the role of Arun in the show Sembaruthi that made him a household name today.

Perhaps, for you, this was just another story of a struggling actor but then it is a truth, delivered to you in a truthful manner, hoping that it will lend you that inspiration to face your problems and overcome your pain to lead a life filled with confidence.

Share your thoughts on the same, in the below-given section.

In case you missed out on an episode of Sembaruthi, make sure you catch it streaming on ZEE5.

Anjali And Makarand Deshpande Starrer Lisaa Is An Unusual Horror Movie, Find Out Why!

Will Sathya Muster The Courage To Propose To Prabhu On Her Birthday?