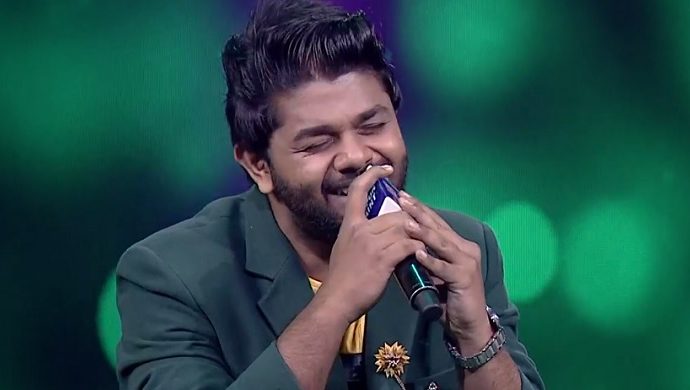 The moment you had been waiting for is finally here! Sa Re Ga Ma Pa Seniors season 2 winner is Aslam with Sukanya emerging as the runner up of the show. Aishwarya ended up as the second runner up while Lakshmi was declared the third one. Aslam was over the moon on lifting the winner’s trophy. It was a grand finale to remember with a lot of mind-blowing performances. Viewers were also elated to see Aslam win the show. He has been one of the strongest singers throughout the season and it comes as no surprise that he won the show. Aslam comes from a village in Kerala and has impressed the judges and the audiences ever since the first episode aired.

Here’s a glimpse of the show for you guys.

The grand finale had music composers Devi Sri Prasad and Yuvan Shankar Raja performing together. Fans have been raving about their performance on social media. Andreah Jeremiah also made a special appearance and handed over the trophy to Aslam. The contestants also gave their best performances in the final episode of the show. It was one entertaining night for sure. The judges are also happy to see Aslam lift the trophy and congratulated all the other finalists, too.

The show went on air in May 2019 and had a pretty great run. The semi-finale had Yuvan making a special appearance. The show was hosted by Archana Chandhoke who is, without a doubt, one of the funniest hosts on the small screens and a popular one, too. For more such entertainment, watch Oru Oorula Oru Rajakumari streaming on ZEE5.