Ayesha Drops A Hint on Instagram, Says There Will Be A Twist In Sathya’s Tale

In an Instagram video, we can see Sathya flaunting her Rowdy Baby avatar. She stares at her Amul Baby and he gives her a glance. 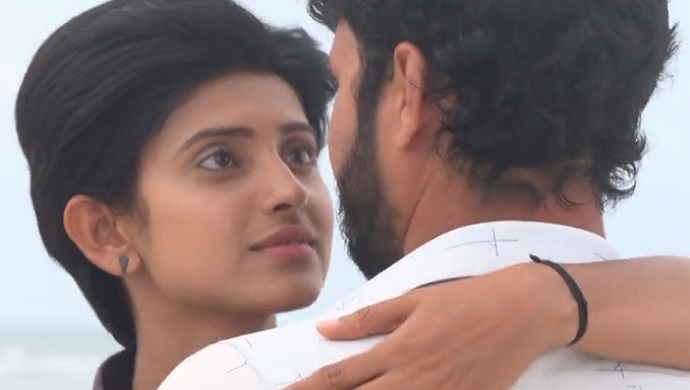 Ayesha, who plays the titular role in Zee Tamil’s popular daily soap Sathya, took to Instagram to drop a hint about a new twist in the tale. In the video, we can see Sathya sporting a stylish leather jacket and flaunting her Rowdy Baby avatar. Amul Baby (Prabhu), who stares at her silently, carries her in his arms. Now, what does this mean? Can viewers expect to see Prabhu falling in love with Sathya and admitting that he has feelings for her or is there something else?

Check out the video shared below:

For the unversed, Sathya is the story of a tomboyish girl and the hardships that she faces after the death of her father, whom she loved the most. Sathya manages his mechanic shed with a group of boys who hail from a humble background. Sathya is street-smart, but she has her heart in the right place. She reaches out the people, both known and unknown, who need her help. In a nutshell, she is the Good Samaritan that we all have heard about. And people’s love and admiration for Sathya was on full display when the doctor said she needs blood, and her well-wishers thronged the hospital to donate when she underwent surgery.

However, people who are related to her have given her pain and agony. She has been kept in the dark about her elder sister Divya’s engagement to Prabhu, her best friend. Incidentally, even Prabhu is not aware of the fact that his fiancee is Sathya’s elder sister. Sathya loves Prabhu, but he only treats her as a friend. However, he doesn’t know that his fiancee is all set to dump him for her boyfriend, Bala.

How will the story unfold after Prabhu learns the truth about Divya? Keep following Sathya and for more entertainment, check out Oru Oorla Oru Rajakumari, on ZEE5.

How Does Siva And Bharati's Love Story Stand Out In Rekka?