From Vijay Sethupathi, to actress Sneha to Evergreen star Meena, take a look at the stars who graced the Green Carpet at Zee Tamizh awards night. 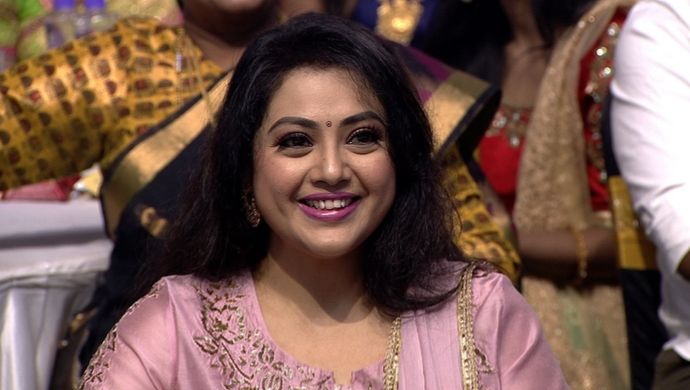 The Zee Tamil Kudumba Virudhugal is all set to go on air and we are pretty excited to watch the awards show tomorrow night. While we do know, to an extent, who all will be taking home winning trophies, it’s going to be entertaining to watch all the performances and fun segments on awards night. Film stars Meena, Vijay Sethupathi, Sivakarthikeyan and Sneha were some of the celebrities spotted at the awards night and they couldn’t hold back their smiles and applause. But in the meantime, take a look at snapshots of the best dressed actors and celebrities who walked the green carpet at the Zee Tamizh awards.

Watch the video of green carpet night here. Scroll down to check out the photos of the best dressed celebrities at the green carpet

Film actor Vijay Sethupathi was the embodiment of simplicity that night. Dressed in a midnight blue shirt paired with dark blue denims, the actor looked very much like the title given to him – makkal selvan.

Film actress Sneha Prasanna also made an appearance at the awards night. Clad in a royal blue and bronze silk saree, the actress looked the very picture of elegance.

Evergreen star Meena, who has joined the Zee family for her new web series, was all smiles at awards night. Sporting a simple pink lehenga salwar with minimal make up, the actress look elegant and beautiful.

Shabana Shajahan aka Parvathy of Sembaruthi looked ravishing in a silver and a pink anarkali dress. Nude makeup completed her look.

Chaitra Reddy of Yaaradi Nee Mohini looks stunning in this grey side slit dress. Her outfit has clean and simple lines and the smoky eye makeup enhances the look.

My Style is Simple kinda Girly, but with a bit of an Edge 🦋 Outfit @uniqueboutique97 Makeover @radha_makeup_artist Photography @emmanuvelphotography ..

Ayesha aka Sathya and her co-star Vishnu Vijay seem to have colour coordinated their outfits. Ayesha wore a bottle green and black high waisted pant suit while Vishnu Vijay was seen by her side in a pastel green jacket paired with a floral waistcoat. Altogether, they looked like a power couple in action.

Madhumitha H of Piriyadha Varam Vendum looks bewitching in this shimmery midnight blue and gold dress with her hair swept into an loose bun at the nape of her neck.

Gold nd bold a rare combination😇😇😇😇 @dilipkumar_photography awesome lovely set of clicks🥰🥰🥰🥰🥰 Kudos to u….. 🙌🙌🙌🙌 And also @uniqueboutique97 thanks for this mind-blowing customised blouse am deeply in love with it🥰🥰🥰🥰🥰🥰🥰🥰🥰 Pretty makeover by @profile_makeover 🤗😇😇

A post shared by Rachitha Dinesh Mahalakshmi (@rachitha_mahalakshmi_official) on Oct 12, 2019 at 5:17am PDT

Krishnapriya Nair and Vishnu Unnikrishnan of Kandukonden Kandukonden make quite the pair even off screen. Clad in a simple olive green saree with a collared crop top-style blouse, Krishnapriya looked pretty and elegant. As for Vishnu, one can never go wrong in a basic black suit.

On Sunday night, we shall find out which one of our favourite characters and actors have won the trophies with maximum votes. The nominations list was out already a while ago. Sembaruthi, Yaaradi Nee Mohini, Sathya, Poove Poochudava, Oru Oorule Oru Rajakumari and Nachiyarpuram got the maximum nominations in several categories. These are some of the most popular shows down South and for all the right reasons.

The awards night will have a lot of entertaining performances along with some fun segments with the actors and characters from shows. We already saw a teaser video where Nakshatra aka Vennila of Yaaradi Nee fame had a fan girl moment in front of her favourite actor, Parthiban on awards night. Are you ready to watch your favourite actors take home the winning trophies? Then tune into Zee5 on Sunday night.