Birthday Boy And Veteran Actor K Bhagyaraj’s Many Skills And Talents Will Surprise You!

Actor K Bhagyaraj turns 67 today. On his birthday, we recount how he is multi-talented and has tried his hand at several careers. 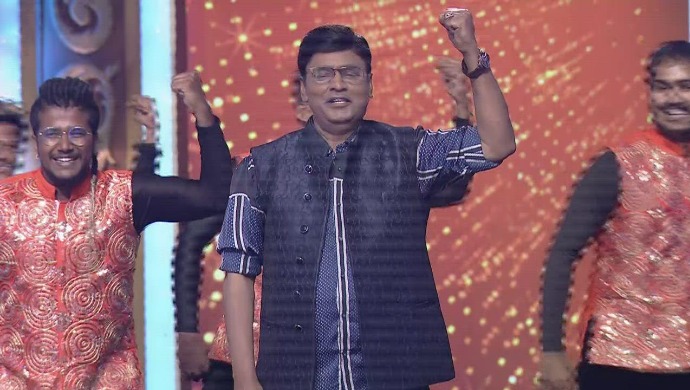 Everytime the name Bhagyaraj comes up, only one dialogue springs to mind – ‘Ek gaon mein ek kisaan Raghu Thatha’ from the movie Indru Poi Naalai Vaa. Besides evoking much laughter, the scene went on to define the agitation against imposition of Hindi in Tamil Nadu a couple of decades ago. Today, the movie itself is over 39 years old while the veteran actor turned director K Bhagyaraj celebrates his 67th birthday. The artist has been part of the Tamil film industry for over 40 years now. Bhagyaraj’s impeccable performance in Mundhanai Mudichu in 1983, not only brought him success, but also gave him critical acclaim as he also won a Filmfare award for the same. But did you know that acting was not his only forte?

Over the years in the industry, Bhagyaraj ventured from acting to producing films, and even directing some of them, including a Hindi film starring Amitabh Bachchan. And he accomplished all this without even learning Hindi. He has given Tamil cinema some memorable performances, films and even screenplays penned down by himself to remember forever, including the famous Raghu thatha dialogue!

Besides films, the actor has also actively sought a career as a politician. Much like his icons MGR and Rajesh Khanna, Bhagyaraj too launched a party – the MGR Makkal Munnetra Kazhagam, back in 1989. However, as the party failed, he chose to drop it and join the AIADMK.

Besides films and politics, Bhagyaraj has also tried his hand at writing! The actor is the editor of the weekly magazine, Bhagya. He has also written a few novels which have done well. With so many careers to his credit, you can see what we mean when we say that the actor is a man of many talents!

If you wish to see some of Bhagyaraj’s work as an actor, we’ve got you covered. You can watch his 2008 romantic drama, Maanavan Ninaithal, which has been directed by S. P. Gnanamozhi and also stars Rithik, Varshini, Manivannan, Manobala, Pandu, Anu Mohan, Nalini and more. Bhagyaraj plays reporter Raj, who helps Sakthi (Rithik) change his mind from wanting to commit suicide. He enters his life as a silver lining and brings him out from his troubles. Click here to watch the movie.

Sathya 4 November 2019 Preview: Sathya Finally Finds Out The Truth About…

Watch The Fierce Competition This Season In Dance Jodi Dance

Sathya 7 January 2020 Preview: Prabhu To Accuse Sathya Of Drugging Him?