Kajal Aggarwal has struck a chord with the viewers in South India and her popularity has made her producers' hot favourite. 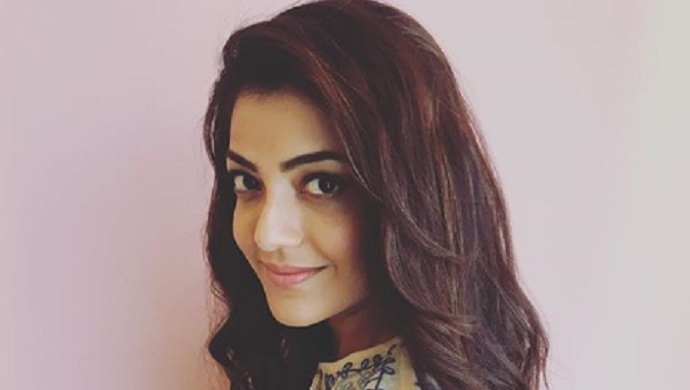 Kajal Aggarwal, who has made a million hearts skip a beat with her flawless beauty and captivating performances onscreen, has turned a year older today. The pretty actress, 34, is one of the most successful actresses of the South Indian movie industry. The Punjabi girl from Mumbai has struck a chord with the viewers in South India and her popularity has made her producers’ hot favourite.

Today, in this web-post, we will take you through some of her Instagram posts that prove she is a fashionista.

Thank you #ApsaraZeeTeluguAwards for best actress of the year and actress of the decade awards (don't know where time has flown) #humbled #grateful #overwhelmed Was amazing to witness so many wonderful women excelling in their respective fields. Extremely inspiring 🙌🏻 huge congratulations to all of you! 🤗 Thank you @stylebyami @shnoy09 @vishalcharan86 @ashwini_hairstylist for putting this look together, wearing @hcraftjewellery rings and concept saree by the fab @abujanisandeepkhosla @sandeepkhosla 🖤 @throughlens_photography for the capture

Not many people know that Kajal began her acting career with a Hindi film titled Kyun…! Ho Gaya Na starring Vivek Oberoi and Aishwarya Rai 15 years ago. Sadly, Kajal’s role went unnoticed and she had to wait for her three years for her first successful film. Telugu film Chandamama directed by Krishna Vamsi starring Navdeep helped her gain recognition. After doing a couple of Telugu films, Kajal made her Tamil movie debut with Pazhani.

However, in 2009, Kajal hit a jackpot by featuring in SS Rajamouli’s Telugu film Magadheera starring Ram Charan. Kajal, who played a double role in the film based on the concept of reincarnation, was appreciated for the way she portrayed the roles. The film went on to break several Box Office records and gave her the much-deserved fame and recognition.

Later, she shared the screen with Bollywood superstar Ajay Devgn in a Hindi film titled Singham, a remake of Tamil blockbuster Singam starring Surya. She also starred in two other Hindi films titled Special 26 featuring Akshay Kumar and Do Lafzon Ki Kahani with Randeep Hooda in the lead.

Here’s wishing the pretty girl a very happy birthday and success for all her future endeavours. Which is your favourite Kajal Aggarwal film? Let us know by leaving a comment below.