Each aspect of this show is relatable and yet unique. So, we all want a love story so pure and pristine like Parvathy and Adi. 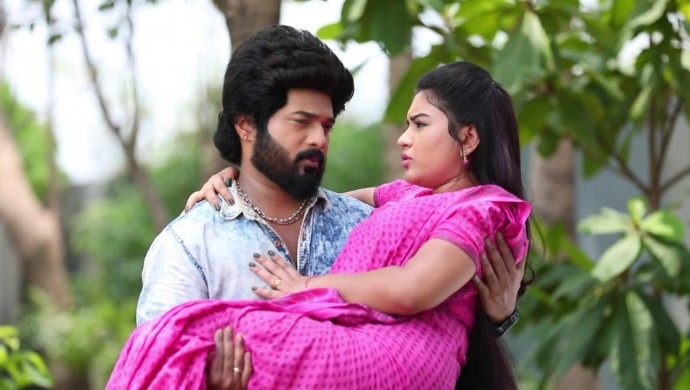 Sembaruthi, a show that streams on ZEE5 is one that speaks about the romantic relationship of Adithya(Karthik Raj) and Parvathy (Shabana Shahjahan). This is one of those shows which has made it big in the league of television shows. The popular show completes 500 episodes today. With a script that stands out from the other typical romantic stories, we see that this show also has some strong performers who give their best. In short, it would be difficult to summarise in a few words as to what makes this ordinary looking TV show one of the most extraordinary shows of Tamil industry.

Watch the conflict and love in the show Sembaruthi.

Each aspect of this show is relatable and yet unique. So, we all want a love story so pure and pristine like Parvathy and Adi, while we also have seen poisonous people like Nandhini, Mithra and Vanaja. When we are transported into another world by the love of Parvathi and Adithya we want justice to be done and punish the vileness of the dangerous trio (Nandhini, Mithra and Vanaja).

Apart from this, every time Akhilandeshwari comes on the screen we just want to imbibe that magnanimous persona and her confidence for it is what becomes the highlight of the show and of each crucial point. Whereas the meek and gentle Purushottam is the epitome of goodness and positivity. Agreed that the romantic qualms between Arun and Aishwarya add to the charm of the show but we just love them when they stand strong with Parvathy and Adi.

On the other hand, Shyam is someone we look up for he is that true friend who stands strong in Adi’s thick and thin. At the same time, Ganeshan is the loving brother, someone we all yearn for. At times Sundharam does get annoying  because of his undying attempts to separate Parvathy from Adithya but it is Uma who makes you forget that gives you a moment laugh out loud.

So, on this 500th episode moment for Sembaruthi, share your love by expressing your thoughts in the comments section.

Kolamavu Kokila: A Young Girl's Attempt To Save Her Cancer Ridden Mother From The Clutches Of Fate