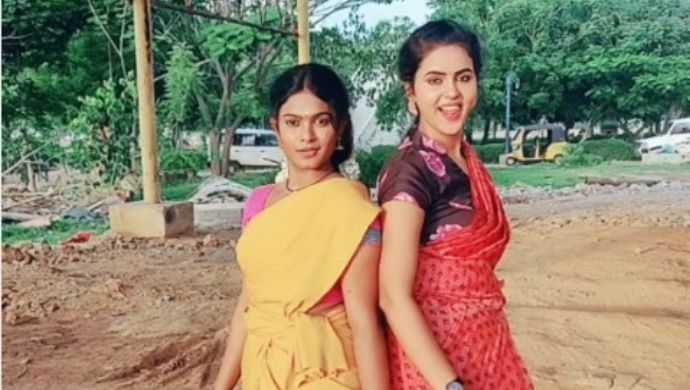 That Chaitra Reddy and Nakshatra are the closest friends on the sets of Yaaradi Nee Mohini is known to all. They constantly indulge in PDA on social media and also have a lot of fun with each other making TikTok videos together. Fans love to watch their camaraderie off screen. Their TikTok videos are actually fun to watch and something you would also love doing with your bestie. They have even danced in some of the videos. The two have also stated at a lot of events that despite being rivals on the small screen, they are the closest friends and love each other’s company.

Watch the previous episode of Yaaradi Nee Mohini, in case you missed it.

Check out these TikTok videos of Chaitra and Nakshatra here.

Aren’t they fun? Chaitra recently made Nakshatra’s dream come true at the Zee Tamil Kudumba Virudhugal when she got her to meet her hero, Parthiban. Chaitra won an award for her role in Yaaradi Nee Mohini which was presented by the movie star. Chaitra received the award and made sure to call Nakshatra on the stage so she could meet her hero. It was a very sweet moment from the awards night, don’t you think?

Just because it is Trending 🤷 @nakshathra_official

For the unversed, Chaitra plays the role of Swetha and Nakshatra of Vennila in Yaaradi Nee Mohini. The two are arch rivals in the show where Swetha has tried to get Vennila killed several times, too. They cannot stand each other under the same roof in the show. For more such entertainment, watch Rettai Roja streaming on ZEE5.

Sathya 22 October 2019 Preview: Sathya Tells Prabhu That She Loves Him A Lot