Crazy Mohan who entered the cinema world has deep roots in the arena of theatre and television shows is no more. 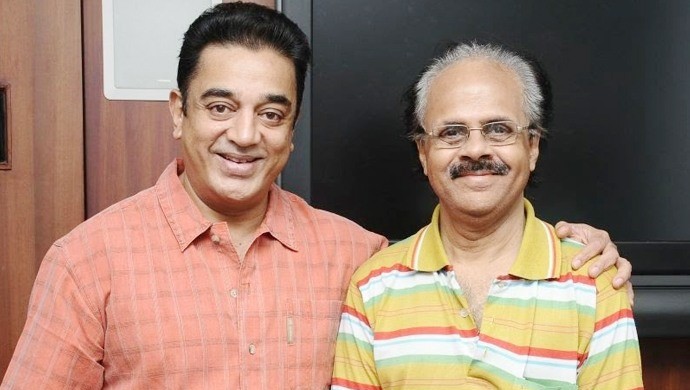 Crazy Mohan is not a common name but for the folks who are ardent viewers of the Tamil cinema, this is but a very common name, as we all know Mohan Rangachari who is well renowned by his stage name “Crazy Mohan”. Born in 1952, this veteran actor was qualified as a mechanical engineer, but his calling, as they say, was acting. so, this day will be marked in the minds of all those people who loved the quirky and brilliant comedy artist who passed away due to a cardiac arrest today.

This actor who entered the cinema world has deep roots in the arena of theatre and television shows. As his start as an actor could be attributed to the creation of his own drama troupe called Crazy Creations in the year 1979.  Although he was a well-known name in the industry by the early eighties, it was his association with Kamal Haasan that led to the birth of some of the most hilarious comedy movies in the Tamil industry.

Mohan who was famous for his screen presence and witty dialogues suffered a major heart attack on Monday, 10th June and was immediately rushed to a nearby hospital.  It is being said that even though the doctors tried their best to revive him with a defibrillator, they were not able to save him and he was declared dead at 2 pm. This 66-year-old  actor has left a great void with his sudden demise and the entire cinema industry is pouring in its condolences which speak of the different emotions people have attached to this actor.

In some of the notable comments handed down by the best of the cinema industry here are some which did strike that chord of sentiments.

Even few days back when I met my friend dir @rs_prasanna we were talking about #CrazyMohan sir and how he added value to our film #KSS his writings and performances have always been top notch. His comedy sense non stop. A fantastic human. RIP Crazy sir. Will miss u

#CrazyMohan sir is no more. What a sad day for cinema, theatre, laughter and life. There will never be another like him. Prayers for his soul.Deepest condolences to the family. He was a huge part of our collective #Tamil consciousness and our ability to make or laugh at a joke.🙏🏽

News just coming in about the demise of #CrazyMohan .. they could not revive him very unfortunately.. a genius has left behind a legacy.. deepest condolences to his family.. may his soul rest in peace.. 😢😢😢

Will miss him #CrazyMohan , very sad.

So, while the industry pours in its condolences, let us also take out a minute and pray for the soul of this eternal star of comedy.

Have you checked out the movie, The Sholay Girl, streaming on ZEE5? Don’t miss it!