Dance Jodi Dance Juniors, is a reality show which has been winning the hearts of the masses by presenting them with some solid performances. 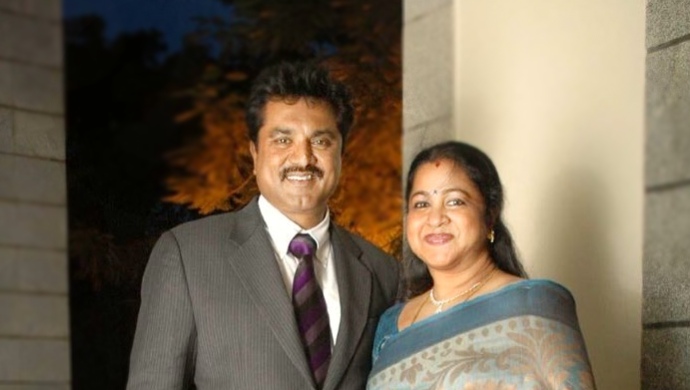 Dance Jodi Dance Juniors, is a dance competition based reality show streaming on ZEE5. This show has been winning the hearts of the masses by presenting them with some solid performances by the little talents. And to top it, it has some famous celebs like Sneha, Sudha Chandran and Laila as the judges who make this show all the most interesting. Now, in a recent tweet,  actress Radhika Sarathkumar dropped a subtle hint about being a part of the show.

Watch the astounding performance of the talents in the show Dance Jodi Dance Juniors.

According to the tweet, Radhika shall be seen as one of the special guests in the upcoming grand finale of  Dance Jodi Dance Juniors.

Was lovely to join @actress_Sneha , Sudha Chandran and Laila for #zeetvtamil #DJD finale as a special guest. We filmed the whole night with some fab performances by super talented kids, don’t miss it pic.twitter.com/Qx5iHsptti

Radhika is a veteran Tamil actress and a successful entrepreneur who has created a space for herself in the South film industry with several hits and critically acclaimed movies to her credit. She is the daughter of the late Tamil actor and comedian, Mohan R. Radha and in the year 2001, she married actor Sarath Kumar, who is one of the prominent names of the Southern industry.

Dance Jodi Dance Juniors, that premiered on November 24, 2018, and in the course of these few months, it has managed to create a fan base for itself. So, we are totally excited to see Radhika interacting with the contestants.

For more entertainment, check out Tamil films streaming on ZEE5.

Sembaruthi 1 May 2019 Written Update Of Full Episode: Mithra Tortured By The Blackmailer