Siva's habit of rescuing girls from unwanted marriage is what leads him problems and it also what makes him meet Bharati. 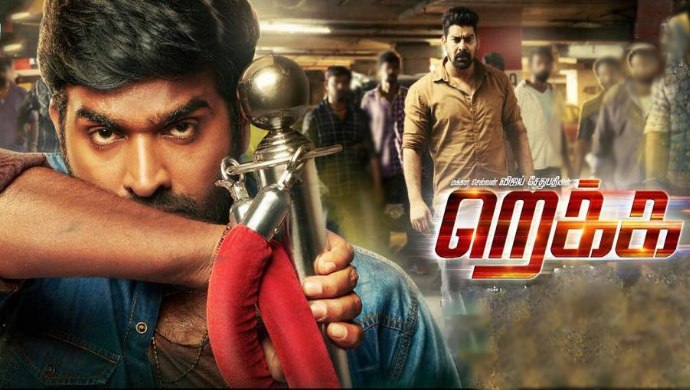 In Rekka, we see Vijay Sethupathi playing the character of Siva and living with his parents and sister in Kumbakonam. He is portrayed as a good soul who tries to help and save young women, who are forced into marriage. Thus, at the beginning of the movie, we get that feel of a selfless hero who toils for the good of the masses. Well, that’s a classic mass hero subject. But the twist comes in the form of a flashback that gives a different touch to this character and his story.

Watch the conflict as it arises in the movie Rekka.

Now, Siva’s habit of rescuing girls from unwanted marriage is what leads him problems and it also what makes him meet Bharati, a role played by Lakshmi Menon, his love interest. To be specific, it is when he kidnaps the girl meant to be the bride of David, a local goon, that his life changes. For later, David gets back at him and forces him to kidnap Bharati. Although the crux of the movie is built around these events what needs to be highlighted is the mindset of Siva.

We see that even though he helps women in his own manner but is still ridden with guilt, which he expresses to his friend Keerai, a part played by actor Satish. So, during the time of his sister’s wedding, when David forces him to kidnap Bharati, he agrees but one should realise that it is not just the fear that drives him but it is also this guilt that makes him say yes to David.

However, when the movie progresses we see that we are presented with a flashback, which narrates the portion where we get to see the childhood of Vijay Sethupathi while he is infatuated towards his tuition teacher Mala and how a small mistake on his part changes the lives for him, Mala and Kishore, who loves Mala. This is the time when we get to see the conflict in Siva’s mind and fully understand his character.

So, what do you think of Siva’s character? Share your thoughts with us in the section given below.

For more entertainment, check out the latest releases streaming on ZEE5.

Sembaruthi 28 August 2019 Preview: Parvathy Tells Aishwarya That She Is Married To Adithya