Seema effortlessly plays her part and juggles with various emotions. It is the talent of this great actress that lets her be so confident. 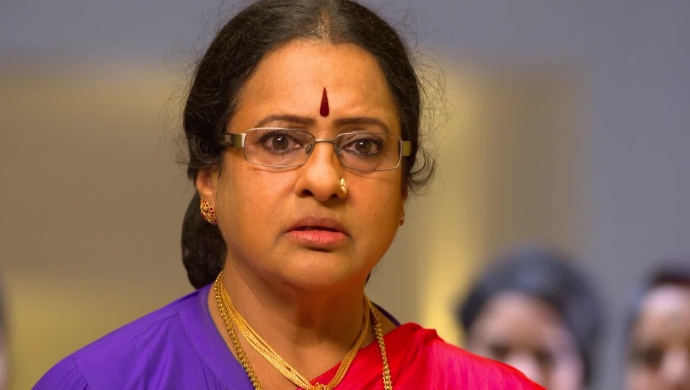 In the mid 70s and the early 80s, Seema was a name that created a stir in the minds of South film lovers. With over 300 films in Tamil, Telugu, Kannada and Malayalam to her credit, this actress has a legacy of acting to share. In the series Kandukondain Kandukondain, we see Seema playing the part of Anjana Devi, Vikram’s grandmother.

Watch the conflict that arises between the lovers in the series Kandukondain Kandukondain.

Seema shares a great history with some of the pioneers of the South industry. While also being a prominent actress she has managed to play roles that are critically acclaimed and unconventional. Some of the famous writers with whom she has worked with include, the legendary Malayalam writers MT Vasudevan Nair and T. Damodaran.

At a time when the heroines used to play characters that had very little depth and insight, Seema was handling some of the most challenging roles on screen. But even this actress had to face her set of issues and setbacks. As in between the period of 1988-1998 she took a break from her acting career. It was only in the year 1999 that she returned back to the cinema world.

From being the most celebrated actress the silver screen to the television industry, the transition is not an easy one. But actress Seema has made it look very comfortable. Even in the series Kandukondain Kandukondain, if you were to notice as to how Seema effortlessly plays her part and juggles with the various emotions with ease. It is nothing but the talent of this great actress that allows her to be so confident and seamless in all the characters that she plays.

So what do you think about Anjana Devi’s character? Share your thoughts with us in the section below.

Anwar: Watch How An Individual Deals With Terrorism And Its Impact On His Life