Do You Know Which Is Sathya’s Latest Favourite Song? Check Out Video 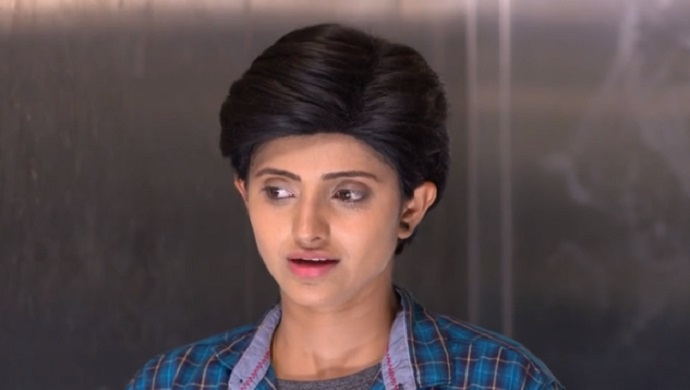 Our very own Sathya, aka Ayesha, is a diehard TikTok fan and her Instagram videos bear testimony to this fact. The pretty actress shared a video on the photo-sharing site to reveal which his her favourite Tamil song. In the latest video, we can see Ayesha lip-syncing the track Idhudhaanaa Idhudhaanaa from the film Saamy sung, composed and penned by KS Chitra, Harris Jayraj and Thamarai respectively.

Check out Sathya aka Ayesha’s latest video where she reveals her latest favourite song:

Fans of Sathya, who missed watching the last few episodes, here’s the summary. Sathya is lost in her Amul Baby aka Prabhu’s (played by Vishnu Vijay) thoughts. She is madly in love with him and wishes to propose to him. Divya, who comes to know that her sister Sathya has fallen in love with her fiance, tries to dissuade her from confessing her feelings to Prabhu, without letting her know that he is the man she is going to marry. Divya tells Sathya to wait until she gets married and promises to help her in proposing to the man she loves.

Meanwhile, Prabhu’s friend asks him who he loves – Divya or Sathya? Prabhu says that he loves Sathya’s company and would like to have her by his side throughout his life but feels she may not be able to handle family matters because she is tomboyish. Moreover, he feels that Sathya has an overpowering personality and she will do only what she feels is right. Hence, he feels Divya is ideal. Prabhu’s friend tells him that he is doing wrong by choosing Divya. He says Sathya loves him and will soon propose to him.

Prabhu dismisses his friend’s belief but later when Sathya tells him that she needs to discuss an important matter, he wonders what it is. Sathya heads for Prabhu’s office to propose to him while Divya gears up to meet her boyfriend, who has promised marriage to her. How do you think Amul Baby will react when Sathya proposes to him?

For more entertainment, check out the videos of Piriyatha Varam Vendum streaming on ZEE5.