Amjad Khan (who plays Shiva) spoke about his experience of working on the film in a freewheeling chat. Here are the excerpts from the interview. 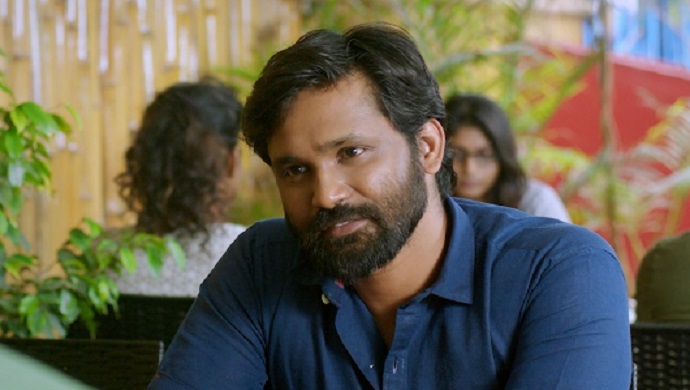 Filmmaker Bharath Mohan’s film Igloo starring Amjad Khan and Anju Kurien has garnered rave reviews from viewers on social media. The film that revolves around Shiva and Ramya’s inspiring tale of love was premiered on ZEE5 last week. Amjad Khan (who plays Shiva) spoke about his experience of working on the film in a freewheeling chat with us. Here’s taking a look at some of the excerpts from the conversation.

How did a film like Igloo happen to you?

I have known Bharath for over a decade, and we have worked on several short films. We always wanted to do something extraordinarily heartwarming, and that’s how Igloo happened. The story has a soul. It’s not a regular happy-go-lucky movie, and when he shared about it with him, I was excited. And, now that the film is out, its an overwhelming moment for us, and I feel happy to be a part of this journey.

How was it working with your co-stars?

I have a daughter, and hence, I was able to relate to the character I played in Igloo. I exactly knew what it feels to be a father to a daughter. I could play Shiva effortlessly because it came naturally to me. The kids (who played Aishu and Vishu) were terrific to work with, and so was Anju.

How was the experience of shooting for the film?

We shot as fast as possible to meet the deadline. Shooting for Igloo was an emotional journey for me as I lived the character until we finished shooting the film. I had heard of actors getting overpowered by the roles they play on screen, but I realised it is valid only after experiencing it myself. I returned home as Shiva because I got into the skin of the character I portrayed in the film. Igloo helped get identified as an actor because this is my first full-length movie for the OTT platform.

Why would you want people to watch Igloo?

If people wish to know what unconditional love is, they must watch Igloo, that showcases the universal emotion in the simplest way possible. The purity of love gets conveyed through Shiva and Ramya’s story. The film is all about fighting all odds for making the most of the beautiful thing called life. Igloo is an emotionally energised film, and I don’t know if I will ever be able to do another movie like this. So, I hope people watch Igloo to experience the power and beauty of love.

Have you watched the film? Let us know your thoughts on it in the comments below!

For more entertainment, watch Sembaruthi, one of the most popular Tamil daily soap, on ZEE5.

Will Sathya Get Attacked By The Two Goons Who Have Been Chasing Her?

Yaaradi Nee Mohini: Mutharasan To Confront Swetha After Knowing About The Identical Thaali