Even a basic article about Auto Shankar demands a proper opening, middle and climax, so we thought why not give it a proper treatment. 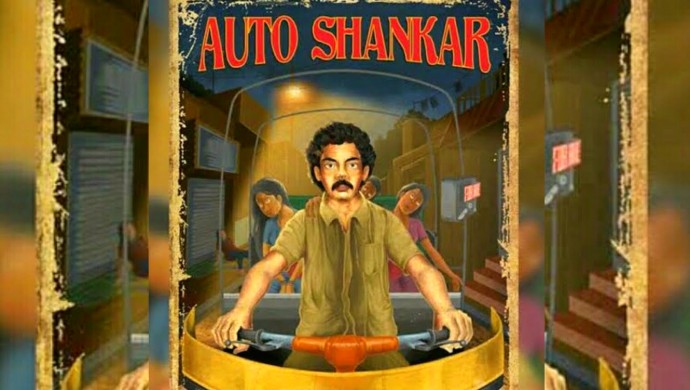 Auto Shankar, a series streaming on ZEE5, is something that recreates the 1980’s era of Chennai while also narrating the tale of Shankar’s rise to power and his struggle to maintain it. The part of Shankar in the series is played by Appani Sarath, who is also famous for doing significant roles that he has done in the industry. Directed by Ranga, this series is amongst the most anticipated ones that are being spoken of.

Watch the struggle of power as depicted in the series Auto Shankar.

Speaking with Ranga, he recounts the struggle that he and his team had to undertake in order to prepare for the series Auto Shankar. “We did detailed research on Shankar’s life which included meeting in person with Shankar’s family and friends. We had actually tried to meet and speak with Shankar’s wife but she refused to meet us. It was then we stepped out into the open and went to the auto stand where Shankar used to park his auto. It was here where found people who still remembered the days and ways of Auto Shankar.”

Rising to power for Auto Shankar’s was never easy but so was tracing his history. Ranga said, ” We finally managed to get in touch with Shankar’s son who gave us some important details about his life and added a different perspective to Shankar. It was an old friend of Shankar who proved to be very helpful. This friend of Shankar’s was in his early twenties when Shankar was in captivity and they incidentally met in the jail. It is this friend who used to help Shankar in the jail who gave us some detailed insight about Shankar’s mannerism and personality.”

“But having said this, Auto Shankar is more like a work of fiction, where we have added pieces and chunks of reality which we found through archives and through reliable sources,” said Ranga. “Just for the sake of the screenplay we never tried to exaggerate the life and persona of Shankar.”

The story for the series is written by Maniji, and Manoj Paramahamsa is the series cinematographer and producer. Ranga said, “As we believe that this is a new attempt in the genre of web series, we had to face a big challenge of giving the best with a fixed budget. Moreover, the life and story of Shankar demanded so many details and attention that we had to compose proper frames for each episode.”

When asked about his choice of making a series on the life of Auto Shankar, Ranga replied, “Even a basic article about Auto Shankar demands a proper opening, middle and climax, so we thought why not give it a proper treatment and give justice to the story of Shankar. And it is this scope of the story that attracted me to work on the series.”

Have you watched the series? If you have, do let us know your thoughts on it in the comments below!

Leave your comments in the section below. Also, watch the popular Bollywood movies streaming on ZEE5.