The actress confessed that before this role, she did not know acting. 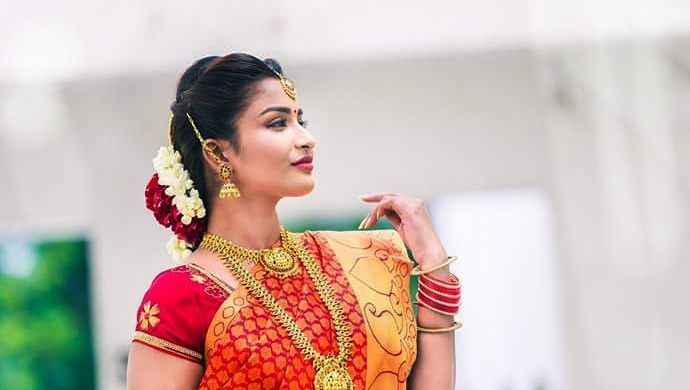 Shakti as a character has become an iconiic among the Tamil Tv viewers. All thanks to the show Poove Poochoodava that air on ZEE5. This show which manages to balance the element of comedy with drama is a must watch for all those people who have worn out their senses after watching those typical serials that air on the TV. This show also marks the paradigm shift that has happened in the television industry with the presence of a woman who just does not cry about her misfortunes but tries to find joy in the small things in life. The part of Shakti in the show is played by actress Reshma.

Watch Shakti as she tries to win back her husbands love in the series Poove Poochoodava.

Reshma had to say a lot about her character Shakti, While speaking to her exclusively, she said, “I never had thought that I would be getting into the profession of acting but this role happened by chance and am thankful to God, for having given me this character.”

Further speaking about her role the actress says, “Before this role, I had very less knowledge about acting but when I started acting for the role, the director and the makers of the show gave me a lot of support and they made me comfortable. They also asked me to be myself in the role and not to find any external inspiration but just look into me to find the traces of Shakti in me. So, you could say that many things in Shakti’s character are a part of me but there are some differences too.”

The actress who has won the hearts of the thousands with her performance said, ” Initially I had some issues with the dialogue delivery, as I had to manage to say some long dialogues with the help of prompts and also manage to convey my feelings through expressions. But over the period I gradually overcame that issue and now I am pretty comfortable with the flow.”

Thus, fans who like Shakti’s role and find inspiration in her confidence should also adapt that in real life. So, what is your opinion about Shakti’s character? Share your thoughts with us in the section below.

Sembaruthi 9 May 2019 Written Update Of Episode: Akhilandeshwari Meets With An Accident

What Inspiration Should We Draw From Shiva's Character In Poove Poochoodava?