Exclusive: How Was It To Work With Prasanna In Thiravam For Kaali Venkat?

I personally like the way Prasanna creates a difference with each character that he takes up and gives his complete attention to it. 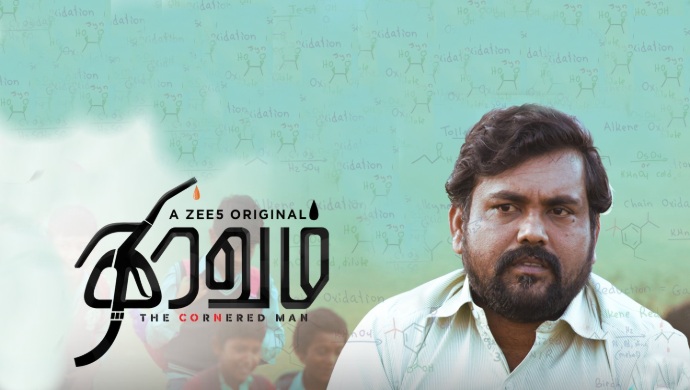 Thiravam is a series that is now streaming on ZEE5. The story of this deals with life and problems of an inventor, Ravi Prakasham and is directed by Arvind Krishna. Arvind is someone who has proved his ability as a cinematographer by having worked with some of the big names in the industry. And so is Prasanna, who plays the part of Ravi Prakasham. But apart from these talented artists, another actor who has created a name for himself with his distinct style of acting is Kaali Venkat. in the series we see Kaali Venkat playing the character of Sengi, who is a childhood friend of Ravi Prakasham

Watch the fight for power in the series Thiravam.

In an exclusive chat with us, Kaali Venkat shared his experience of working for Thiravam. He said, “I think web series is a strong medium for the makers and actors to explore their subtle talents and it is an altogether different experience, where each has its own significance. But at the end of the day, we are all actors and we try to give our hundred per cent irrespective of the format.”

Talking about his experience, working with Prasanna, Kaali Venkat, said,” I know Prasanna since some time now, but I did not get an opportunity to work with him prior to this. I personally like the way he creates a difference with each character that he takes up and gives his complete attention to it. I was very comfortable working with him.

Recollecting one of the memorable moments that he shared with Prasanna during the shoots, the actor said, ” There is this one scene in which both Ravi Prakasham and Sengi are having an emotional conversation and that entire three-minute scene was captured in a single shot. I was only able to give my best because I was able to connect with Prasanna and our wavelengths matched. For this scene, Arvind Krishna also gave me a lot of support and believed in my ability to handle such a scene.”

Ending on a positive note Kaali Venkat said, ” I hope people like our performance in the series and that they take out some learning from the story.”

So, what is your opinion on Thiravam? Share your thoughts with us in the section given below.

Watch Munna Michael: The Journey Of A Dancer To A Trainer To The Saviour