This character gave me an opportunity to control my performance to a certain level and I am thankful to Arvind Krishna, the director. 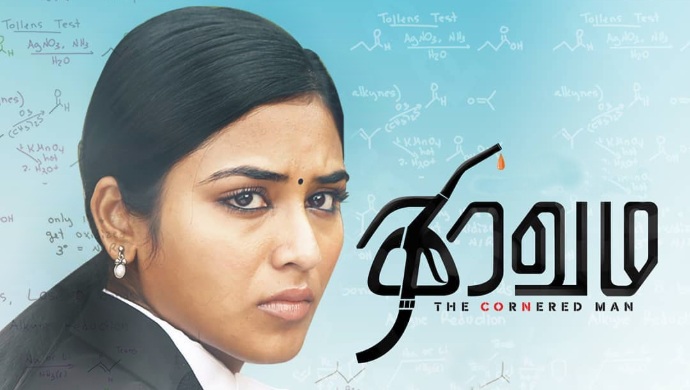 John Vijay is an actor who has always experimented with the roles that he has played and has always been that actor who has managed to leave a character imprint in the minds of the viewers. This actor has handled various shades of characters in an effortless manner. He had done everything right from being a comedian to terrorising villain in many South films. So, naturally, the expectation from this actor about his latest venture into the field of web series is bound to be high. John Vijay has made an entry in the world of web series with Thiravam, which is a ZEE5 original series.

Watch the trailer of Thiravam.

In an exclusive talk with John Vijay, the actor opened up about his experience and spoke about his character in the series. He said, “Over a period of time I have done roles as a politician and thug who is loud and has that wide scope of performance. But in the series Thiravam you would see a different character altogether. I will be coming in front of the audience as a character named as, Pulli Bhaskar, who is a politician but is also educated and knows how to take advantage of his knowledge.”

Further, the actor says, “This character is not a typical goon that you would find in the normal Tamil movies. He has a certain charm to him. He is elegant and has a style to him, he knows how to speak in a cultured manner and also how to be loud. Thus, this character has shades which have been hardly touched upon by me.”

Speaking about his efforts into the characterisation John Vijay said, “This character also gave me an opportunity to control my performance to a certain level and I am thankful to Arvind Krishna, the director, for having trusted me with this role, moulding my acting and allowing me to imbibe the character according to the need of the script.”

So, what is your opinion about John Vijay and his role in the series Thiravam. Share your thoughts with us in the section given below.

If you like watching family dramas, watch Poove Poochoodava streaming on ZEE5.

Goli Soda: Watch The Struggle Of Four Nameless Youths To Create An Identity