#FridayFun: Learn How To Take A Chill Pill From Nandhini Of Sembaruthi

Check out the videos shared below to learn how to enjoy your own company and do things that may appear silly but are childlike. 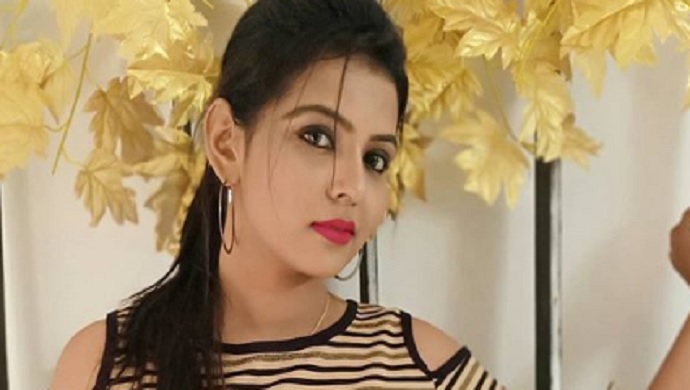 Thank God, its Friday! The day you have been eagerly looking forward to, has arrived. This day makes you grin from ear to ear because you know it marks the onset of the weekend. Yay! its time to relax, unwind, destress and get rid of all the blues. And if you are wondering what to do, then check out the videos shared on Instagram by Nandhini of Sembaruthi.

Well, we are talking about Mounika Subramaniyam, who plays one of the villans in the super-hit daily soap Sembaruthi. These videos of Mounika, aka Nandhini, will show you the person that she is, in real life. We have seen Nandhini always doing destructive and evil things, but Mounika off the screen is a fun-loving, happy and a cheerful person. She is nothing like the character she plays on the screen.

Check out the videos shared below to learn how to enjoy your own company and do things that may appear silly but are childlike. Weekends are all about happiness and Fridays are pure fun.

For the unversed, Nandhini of Sembaruthi has teamed up with Vanaja (played by Laxmi) to destroy Akhilandeshwari’s personal and professional life. She has planted her younger sister Mithra to implement her plan. Mithra has cheated Akhilandeshwari by presenting Parvathy’s horoscope, stating that it is hers, to get chosen as the best prospective bride for Adithya. Now, Akhilandeshwari is hell-bent on getting Adithya married to Mithra, only because of Mithra’s (fake) horoscope.

In Thursday’s episode, Nandhini revealed her brand new plan to create misunderstandings between the Adhikadavur family members by sending Shailaja, Arun’s former girlfriend to Akhilandeshwari’s mansion. But will Nandhini succeed in her evil mission?
Keep following Sembaruthi on ZEE5 and for more entertainment, check out Rettai Roja, the story of identical twin sisters Anu and Abi, on ZEE5.

If You Love Sugarcane Juice Like Yamuna Chinnadurai, Check Out The Benefits Of Having It