Friendship Day: Akhila-Vanaja, Vennila-Swetha, Sathya And Her Gang Of Boys Are BFFs

Our very own ZEE Tamil stars are adorable people and they have lovable friends and we will tell you who they are. 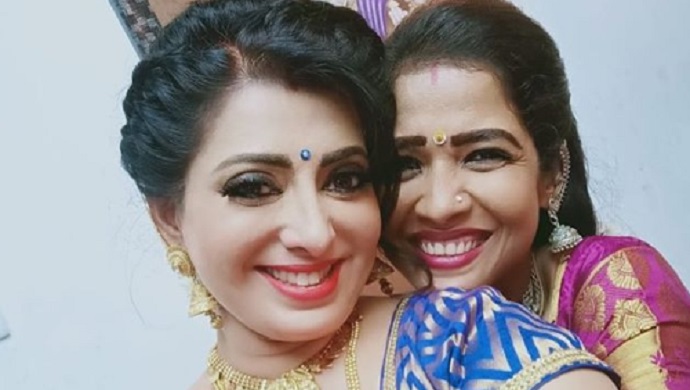 Friendship Day is right around the corner and it’s time to celebrate it with all the people that make our life beautiful. This post is dedicated to friends across the globe, and those who have ever lived on the planet. To make the day even more special, we will share interesting information about actors who are on-screen arch rivals but off-screen best buddies. We will also tell you who shares a great bond both on and off the screen. Our very own ZEE Tamil stars are adorable people and they have lovable friends and we will tell you who they are.

Akhilandeshwari and Vanaja of Sembaruthi

Akhilandeshwari (played by Priya Raman) and Vanaja (essayed by Laxmi) can’t see eye to eye on screen. However, they are good friends in real life. Priya and Laxmi play co-sisters in super-hit show Sembaruthi and are always at loggerheads with each other. In fact, Vanaja is hell-bent on ruining Akhilandeshwari. Isn’t it interesting that the two brilliant actors are such good friends in real life?

Swetha is determined to ruin Vennila’s life by getting married to the man she loves. However, off-screen, the two leading ladies of the show, share a friendly bond. In fact, they make the most of the spare time while shooting for the show. Both Swetha (played by Chaitra Reddy) and Vennila (essayed by Nakshatra) are best friends. Their Instagram posts prove they are BFFs.

Check out this video:

Sathya and her gang of boys

Ayesha, who plays the titular role in Sathya, is a friend of all the actors who portray the role of her buddies on screen. In fact, they are her favourite people. Sathya spends most of her time with her gang of boys and has loads of fun while shooting for the show. She is also a very dear friend of her ‘Amul Baby’ aka Vishnu Vijay, who essays the role of Prabhu in Sathya.

Check out this monochrome pic shared by Ayesha.

Vanaja of Sembaruthi, who often addresses Purushothaman as ‘Pulla Poochi’ is one of his closest friends in real life. Vanaja (Laxmi) and Purushothaman (Sanjay Kumar Asrani) belong to the mutual admiration club. Not just that, the two actors treat each other like siblings.

Check out this pic:

Wish you many many happy returns of the day bhaiya🎂🎂god bless all the happiness,success n healthy days ahead to you my sweet bhaiyu💐💐💐💐💐🥳🥳🥳❤️❤️❤️

For the uninitiated, Friendship Day is celebrated on the first Sunday in August. Here’s wishing one and all a very Happy Friendship Day. For more entertainment, check out the trending videos on ZEE5.