This Valentine’s Day, don’t take your bae out for a movie. Instead, watch films at the comfort of your couch by tuning in, into ZEE5! 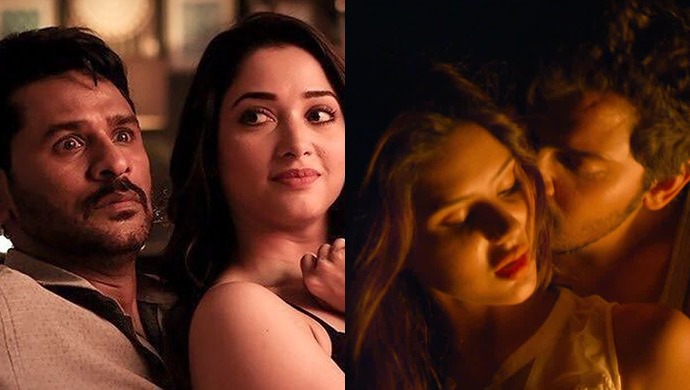 With Valentine’s Day nearing, the air is filled with 2xthelove and we can’t help but feel romantic and dreamy too. ZEE5, along with Valentine’s Day, is also celebrating its 2-year anniversary as one of the best OTT platforms. Perhaps that’s why for us, February 14 is 2xthelove! Speaking of romance, have you folks figured out a good date plan for V-Day? If not, we’ve got a very comfortable idea that you can probably indulge in, come Valentine’s Day.

Instead of going out on a movie date, you can actually prepare a nice and comfortable V-Day date at home. Wouldn’t it be a nice setting where you’ll be cuddling up with your partner on the couch and watching some fun content on the TV? In fact, you can tune in to some romantic films from our collection too and celebrate the day of love. Find below, some movie suggestions that you can find on the ZEE5 platform.

Starring Tamannah and Prabhu, the film is a sequel to the hit 2016 film Devi, which brought a lot of laughter to the horror-comedy genre. Needless to say, Tamannaah was hilarious as the female protagonist who has to deal with her possessed husband. While it might not be your typical romantic-comedy, horror films are considered to be a good bet when on a date! Take Valentine’s Day as an excuse to sit and tune into this horror-comedy!

Starring Harish Kalyan and Raiza Wilson in pivotal roles, Pyaar Prema Kaadhal is a poignant tale of Sree Kumar and Sindhuja. The two fall in love but due to several complications, go their separate ways. However, fate plays a beautiful game and reunites them again. High on music and love, the film is entertaining and hits the right notes.

Kalavani 2 explores the story of Arivazhagan, who files his candidature for the panchayat elections. While he hopes to benefit from the two competing parties, it happens at the expense of his uncle and his partner’s father. How will that change his dynamics with his lover? You can watch the film here! The movie stars Oviya, Vimal, Saranya Ponvannan, Ganja Karuppu and more.

Blade is a henchman who works for a local gangster Naaga. Things are going fine in his life when his path crosses with Vidhya, the daughter of a factory owner. As the two fall in love, complications arise as Naaga and Vidhya’s father are at loggerheads. Blade has to make a choice between the two rivals, a decision that will change his life. Watching Jiiva and Nayanthara romancing each other is one of the biggest perks of watching this film. They are so effortless and beautiful onscreen!

Kappal is a laughter riot that you shouldn’t miss as it glorifies love and friendship both! The story revolves around Vasu, who makes a pact with his friends to never get married for the sake of their friendship. The boys are all in with their plan when Deepika enters and wreaks havoc in their life. Basically, Vasu and Deepika fall in love which makes his friends super mad. They decide to break his relationship and ensure that he remains single, much like them. With impeccable comic timing and fun tracks, Kappal definitely qualifies to be a romcom.

For more such entertaining content, you can check out some more romantic films from our collections, right here on ZEE5.

What Happens When Three Novice Robbers Team Up With A Chimp To Rob A Bank?

If You Plan To Make A Playlist For Your Bae, Make Sure To Add These Beautiful Love Songs!