Goli Soda narrates the tale of social issues and conflicts but in all this, it also speaks of the struggle that the oppressed class faces. 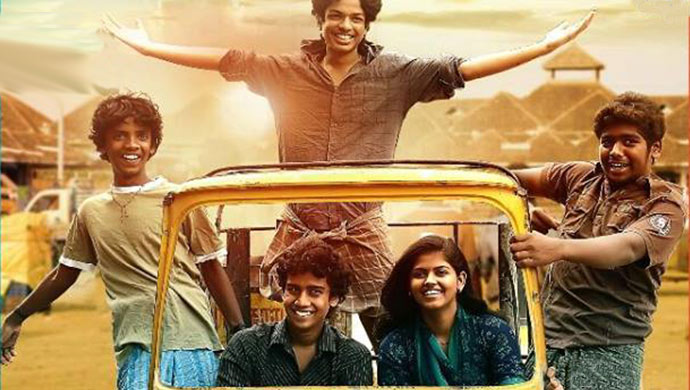 Goli Soda is true to its name for it opens a new world to the audience with a distinct pop. This Tamil movie starring Kishore, Sree Ram, Pandian and Murugesh speaks about the life of four young coolies from the Koyambedu Market. Interestingly, the story does not just restrict itself to be a real-life narrative of the struggling youth but also rises to comment on the class struggle that exists around us.

Watch the struggle of four nameless friends to safeguard their identities in the movie Goli Soda.

The movie begins when these four boys decide to open a mess, in the middle of the market, to create a name for themselves and get out of the issues of living in poverty. Now, a fact is established here itself, as you are made aware that this transition is not an easy one and will surely cause some trouble.

With the anticipation of trouble when you further move into the story of a movie, you would constantly notice that there is a tension that also grows in a parallel manner. For people have issues with these four nameless street youths getting a share of fame.

Fingertip: 5 Things We All Can Learn From This ZEE5 Original Series

As seen in the scene where another hotel owner comes to threaten these young boys for having opened a canteen. This comes as a surprise as at the beginning of the movie, you can see the same owner shouting at his employee for having given food to labourers from the market. Thus, proving that it is not the fact that these four boys have opened a mess that troubles the others but the fact that they are growing out of their class that troubles them.

The same could be said when it comes to Naidu’s decision about teaching these boys a lesson in front of the whole market. When the boys have a tussle with Mayil, Naidu’s cousin, the problem that Naidu has is that it was these four nameless guys who beat up his men. So, more than getting an act of revenge it is a matter of restoring his pride that bothers him. Goli Soda might narrate a tale of social issues and conflicts but in all this, it also speaks of the struggle that the oppressed class faces.

Junga: A Simple Bus Conductor's Life Transforms After He Learns The Truth About His Father And Grandfather's Profession And Past

Sathya To Confront Prabhu After He Avoids Meeting Her