Goli Soda Shows The Stuggle Of Street Youth In The Most Realistic Way, Find Out How!

The presentation of the lives these four youths is not glamorised, neither is it magnified. It just maintains its level of realism intact. 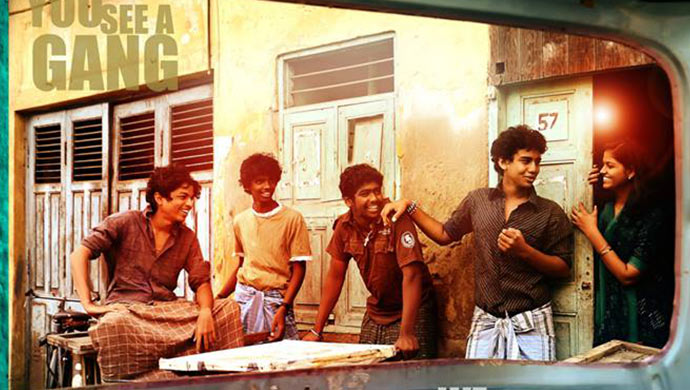 Goli Soda has every attribute for it to be termed as a rustic and realistic depiction of life. The film shows the life and struggle of four young coolies from the Koyambedu market, namely Pulli, Settu, Sithappa and Kuttimani. These four street youths have been depicted so well, right from their disregard for proper names to their need to identify themselves with something or someone, that one tends to wonder about the harshness of this world around.

Watch the dark realities of life as depicted for the four street youths in the movie Goli Soda.

The sight of the poor is a common thing in big cities and neither it is a small thing to be ignored. For it shows us the real situation of our society. In an interview to a local daily, the director of the movie, Vijay Milton, speaks about his experience with street youths on his early morning visit to the Koyambedu market, which forms the inspiration for the movie Goli Soda.

In the movie, you would see that many aspects of the life of these four young boys are true when it comes to street youths. So, in the introduction scene when these four boys fight for one clean t-shirt and make it a point to lend it to the other, in order to impress the girls from the nearby school, it is not exactly disbelief that you experience. It is an irksome reality that hits you about their living conditions.

Also, when the boys take up the fight against a local dada, Naidu, they are not afraid of losing their life, but it is the fear of losing the identities that rattle them up more than anything else. Unlike the others, these guys had to work hard to be associated with something other than their job as nameless coolies in the market.

The presentation of the lives these four youths is not glamorised, neither is it magnified. It just maintains its level of realism intact, as nowhere in the movie the characters seek the sympathy from the audience, but they just go on finding out their way and seeking opportunities in their struggle. Another thing to be noticed is that the filmmakers have very consciously very few instances which would create sympathy in the minds of the audience for these young boys. Instead, they have filled the story of the movie with inspirational situations that are bound to give you motivation.

Out of Pulli, Settu, Sithappa and Kuttimani, who did you like the most in the film? Let us know in the comments below!

Watch Roja: An Evergreen Classic About The Power Of True Love Set Amidst The Happenings Of Political Insurgency

Yaaradi Nee Mohini: Will Swetha Be Able To Get Pics Clicked With Mutharasan?