Gorilla Trailer: Jiiva And Shalini Pandey Comedy Thriller Will Leave You In Splits 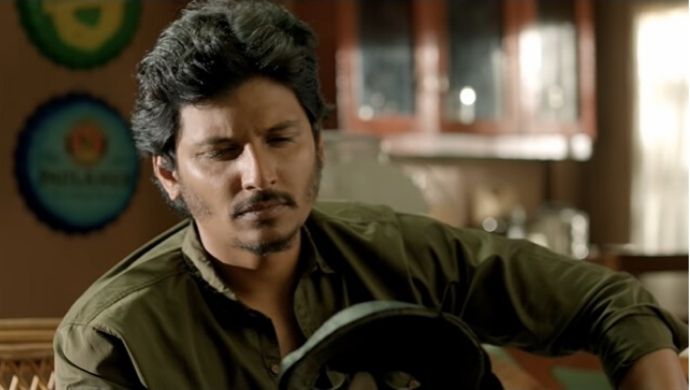 Jiiva and Shalini Pandey recently starred in a comedy thriller titled Gorilla, which you can catch on Zee5 now. The two will be romancing each other in the film that also has a gorilla. The promo has Jiiva and a couple of his friends wearing burkhas, gorilla masks and robbing banks, too. What’s more, the gorilla also plays a very important role in the film. You’ll spot it in the trailer and you’ll also get to see Jiiva bond with his pet gorilla, which is one of the cutest things to feature on the screens this week.

Watch the trailer of Gorilla here.

Doesn’t this look like a fun film? Shalini and Jiiva will be paired opposite each other for the first time. The two look adorable together and we cannot wait to see them romance each other already. The film had released in June this year and got pretty good reviews from critics and the audience. We love the scene towards the end where the Gorilla is standing on top of the building with a gun in his hand. There’s also Yogi Babu, who is one of the most loved comedians in the industry right now.

Sathish, Venkat and Sadhik also play pivotal roles in this comedy thriller. It has been directed and written by Don Sandy. Sam CS has composed music for the film. Veteran actor Radha Ravi also makes an appearance in the film.