Here Are Adorable Features Of Prabhu That Would Make Anyone Fall For Him!

Prabhu is one of the most adorable characters of Zee Tamil and there are several reasons that make him a good catch! 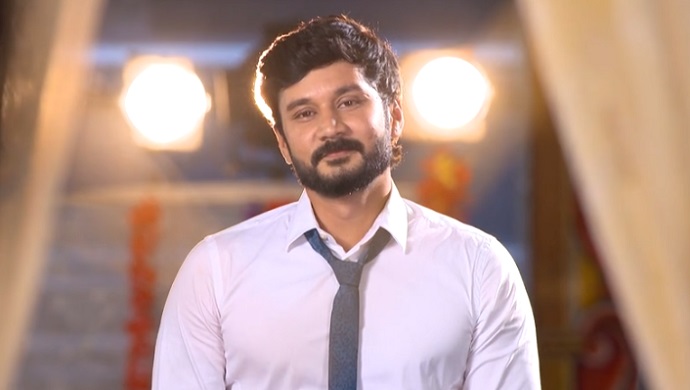 Sathya’s Prabhu, played by Karthik, is the most adorable character ever created. He is the total opposite of Sathya. While she is a brash young lady, Prabhu is mellow and timid. His character is very cultured as he has been brought up in a certain environment. Nevertheless, the whole idea of opposites attracting fits perfectly for Sathya and Prabhu. Although he doesn’t feel much for her since he is hung up on Dhivya, Prabhu does make an effort to keep Sathya happy as he realises that she is his wife now.

There may not be any love between them at the moment but there is a lot of scope for this couple’s relationship to head somewhere. There are some qualities of Prabhu that make him an exceptional catch for any woman. He has class, panache and is very down to earth despite his riches. In fact, we have listed out some of the qualities that make him every woman’s dream man.

Prabhu is exceptionally considerate of other people’s feelings. He understands that he needs to cut people some slack, especially Sathya. Even though they have decided to keep things friendly after marriage, Prabhu does acknowledge Sathya’s feelings. He cannot reciprocate them but he empathises with her.

Prabhu is one of the most humble characters created. He is helpful and is always there for people when needed. Not to mention how he doesn’t let a person’s status or wealth define them. One of the instances to be noted is how he takes a relationship or rather marriage advice from his security personnel.

Sasi and Prabhu’s pair does bring out the much-needed laughter on the show. However, even without the presence of Sasi, Prabhu makes people laugh with his cute nonchalance. In fact, his camaraderie with Sathya also results in a lot of cute banter. He is awkward but in an adorable manner when it comes to marriage and Sathya.

No doubt here! Prabhu is quite good looking and has a boyish charm to his personality. It is not surprising that Sathya falls for him as he can create romantic interest in him with his good looks.

Adorably ignorant in the matters of the heart

Despite having been in a relationship with Dhivya, Prabhu is still a novice in the matters of the heart. He fails to recognise what a woman, Sathya in this case, wants. But he does make an effort to learn about it and make her happy as he recognises her as his wife, even though he deems her to be his friend ‘Rowdy Baby.’

Sembaruthi 31 January 2020 Preview: Who Is Stopping Parvathy From Conducting The…

Why Does Vedha's Story Haunt Vikram? Watch The Cop-Drama On ZEE5