Vikram Vedha actor Vijay Sethupathi turns 42 today. Over the years, he has become one of the best actors in the industry. 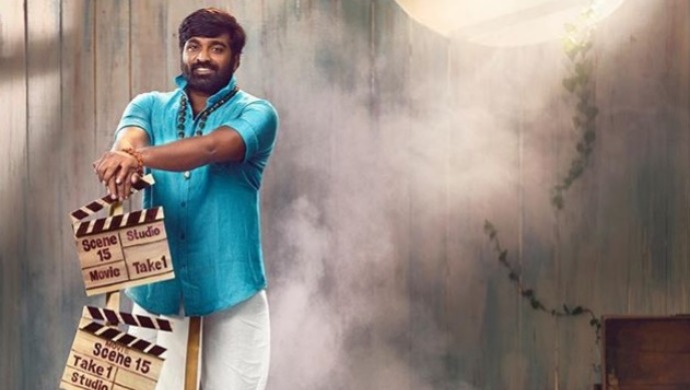 Actor Vijay Sethupathi rings in his 42nd birthday today. Born in Rajapalayam and raised in North Chennai’s Ennore, Sethupathi has been a revelation in the past decade. From taking up strong characters to even portraying the role of an antagonist, the actor has done them all. Broadening his horizons from Tamil to Malayalam films, Sethupathi also managed to snag some essential roles in the Telugu industry. In fact, he will soon be starring opposite Bollywood actor Aamir Khan in the upcoming Hindi remake of Forrest Gump.

The actor’s talents are limitless and his humble nature has captivated the hearts of fans. The title Makkal Selvan has been added to his name, as fans believe that he is a treasure that they must cherish. However, not many know the real story behind how he got the name in the first place. It’s not because of his fans, but his director Seenu Ramasamy!

During the shooting of their film Dharmadurai, Vijay reached the shooting location before the crew. As he looked around, he noticed that some workers from Munnar were cooking tamarind rice at a temple mutt nearby. Eager to have some, he asked his driver to get him a plate. Soon Seenu also arrived at the spot and Sethupathi didn’t hesitate to share the meal with him. They liked the dish so much, that they requested the cooks to make some more, to which the workers obliged. Since this incident, Seenu stated that the title Makkal Selvan fits perfectly with the actor’s personality.

Although Vijay does not believe in holding such titles, it is the affection of the fans that has made him sustain it. In an interview, the actor mentioned the same as he quoted, “I was hesitant and said I do not want such titles, for which the director explained that these titles have a positive vibe about them. He also said that this would make me feel responsible and drive me in the right direction when people call me with that name.” Don’t be surprised to see him take home the ‘Most Responsible Actor’ trophy at Zee Cine Awards Tamil 2020!

In the past decade alone, the actor has proven his mettle as an Indie-hero, who can also attract box office numbers with his masala roles. Over the years, Vijay has given the industry some of its best films including Vikram Vedha, Super Deluxe, 96, Dharma Durai and more.

If you are looking to watch a movie starring Sethupathi today, then check out Pushkar-Gayathri’s neo-noir action thriller, Vikram Vedha, now streaming on ZEE5. Released in 2017, the film opened to tremendously good reviews, as critics and audiences praised the plot as well as the performances. Sethupathi plays the antagonist in this movie against R Madhavan, who is the protagonist. The film also stars Shraddha Srinath, Kathir and Varalaxmi Sarathkumar in pivotal roles. The plot surrounds Vikram, an honest and practical policeman, who along with his partner Simon, is on a hunt to capture Vedha. However, Vedha surprises him by voluntarily surrendering himself. Vedha then decides to tell Vikram a story that will change his views on the good, the bad, and the thin line of grey between the two. What does his story entail? Watch the film right here on ZEE5!

Zee Cine Awards 2020: Check Out the Glitzy Red Carpet Ensembles Of Your…

As Lines Blur Between Dreams And Reality, How Will Vicky Get Out Of The Circle Of Drugs? Watch Enakkul Oruvan