In this web-post, we will look at some of the special features of Nachiyarpuram the place, that the forms the backdrop for the action-romantic drama. 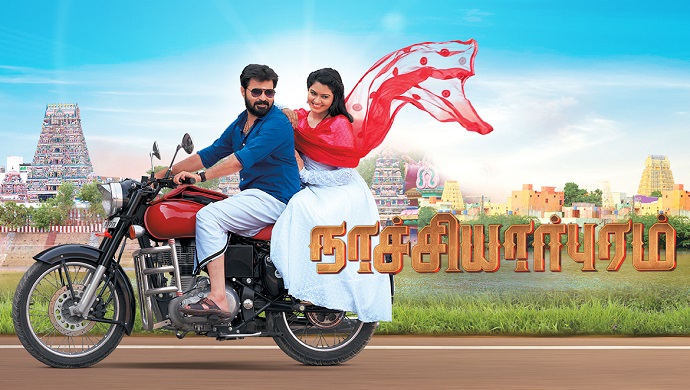 Your favourite daily soap Nachiyarpuram, starring Dinesh and Rachitha, is set in the backdrop of the temple town of Srivilliputhur. The story revolves around Karthik and Jyothi’s love story amid an age-old family rivalry. The story has an interesting plot that keeps viewers glued to their screens. In this web-post, we will look at some of the special features of Nachiyarpuram the place, that the forms the backdrop for the action-romantic drama.

Srivilliputhur, located in the Virudhunagar district of Tamil Nadu is famous for Srivilliputhur Divya Desam, a temple dedicated to Vatapatrasayee, a form of Lord Vishnu. It has a 11-tiered tower adorned with beautifully sculptures. Interestingly, the temple tower that is 192 feet in height, is the official symbol of the Government of Tamil Nadu. The temple is also known as Srivilliputhur Andal temple, named after Andal, the consort of the presiding deity. The temple finds a mention in the Varaha Puranam and Brahmakaivatsa Puranam.

Andal is believed to be the only female among a group of 12 Azhvars (saints) of Tamil Nadu. She is known for her unshakable faith and devotion for Lord Vishnu. The temple complex is an architectural marvel and you cannot afford to miss visiting this divine place once in your life time.

For the unversed, Nachiyarpuram showcases the intense enmity between the families of Karthik and Jyothi. The two families have been embroiled in dispute over a piece of property. Moreover, Karthik owns a sweet shop while Jyothi is more qualified than him. She is an advocate. So in a way, they are poles apart. Will love erase all differences between them and bring the two families closer to each other? Watch Nachiyarpuram on ZEE5, and for more entertainment, check out Poove Poochoodava, the unusual love story of a married couple.

If You Want Washboard Abs Like Iniya Iru Malargal’s Prabha, Here Are 10 Tips

#MondayMotivation: Janani Ashokkumar Will Tell You How Yo Rediscover Your Hidden Strength