Kalaiyarasan belongs to that gene of actors who have had to struggle their way up to the different levels of cinema. 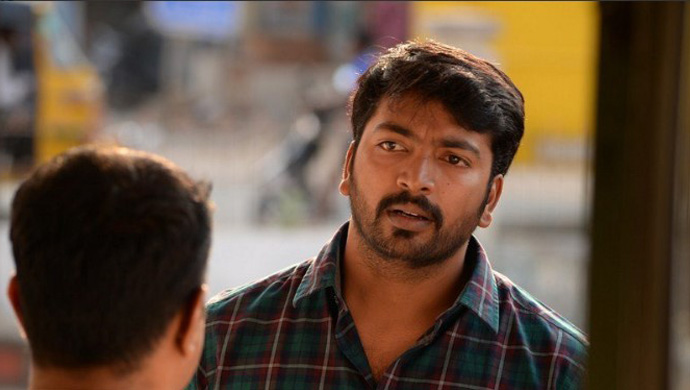 Kalavu streaming on ZEE5 is an engaging film which explores the possibilities of a crime thriller with its close-knit plot and intriguing storyline. While the movie has some famous actors like Venkat Prabhu and Chinni Jayanth, the leading roles are portrayed by Kalaiyarasan and Karunakaran. The exemplary performances by these actors along with a well-written script that acts as the backbone of the movie.

Watch the issue of mistaken identity as it affects the lives of three youths, in Kalavu.

In the movie, Kalaiyarasan plays the part of Sujeeth, who is a young man in conflict with the values that his family has given him against the rebellion that he yearns to be a part of. The way the character is portrayed by Kalaiyarasan really calls in for applause, for the emotions and confusions of the character are well depicted.

Now, Kalaiyarasan belongs to that gene of actors who had to struggle their way up to the different levels of cinema, because he comes from a non-filmi background. Born as Kalaiyarasan Harikrishnan, in Chennai, to Harikrishnan and Tamilmani, on February 20, 1986, he holds a bachelor’s degree in computer applications from the acclaimed SRM Institute of Science and Technology. For a brief period after his graduation, he started working for a corporate giant. It is here that he met his future wife Shanmugapriya, to whom he is married now.

In 2008, while he was doing a corporate job, that he got an offer for Parthy Bhaskar’s Arjunan Kadhali, a movie which sadly never saw the daylight. After this, he tried his hand at playing some small roles in the movie of some famous directors, but his real breakthrough was playing the character of Anbu in Madras in 2014. After this, there was no looking back for this talented actor, who then went on to share the screen with Superstar Rajinikanth in Kabali.

Catch up with more of Kalaiyarasan’s movies on ZEE5. In the meantime, do leave your feedback in the section below.

Junga: A Simple Bus Conductor's Life Transforms After He Learns The Truth About His Father And Grandfather's Profession And Past