Janani herself is a person who believes in ideating and expressing herself in a positive manner. 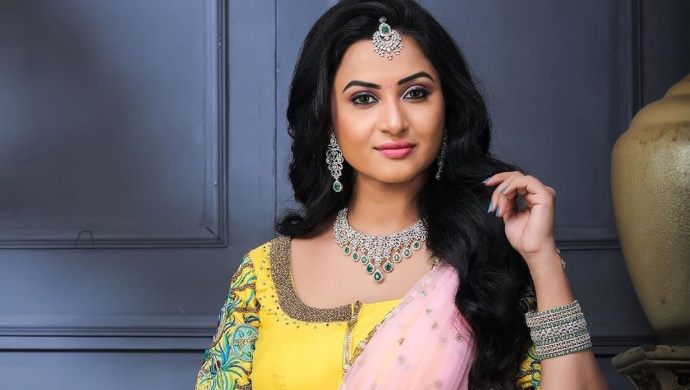 Sembaruthi the name itself has created a huge fan following and people have got so addicted to this show that streams on ZEE5 that they have embraced the actors of the show as their characters and have started referring to them as if they just belong to the world of Sembaruthi. It is just surprising as to how much deep of an impact can a simple love story between Adithya(Karthik Raj) and Parvathy (Shabana Shajahan) can have on the minds of the audience.

Watch the lover’s struggle in the show Sembaruthi.

In this story, the character of Aishwarya Shankar (Janani Ashokkumar) had simple beginnings, where she had just a few dialogues and just the identity of being Arun(Vj Kathir)’s wife but in the course of time, this character has gradually developed and has grown. In fact, in some of the recent episodes, we have witnessed Aishwarya depicting true courage and individuality which makes her stand shoulder to shoulder with any other character in the show.

Now, Janani herself is a person who believes in ideating and expressing herself in a positive manner. This is something which is evident if you were to check out her Instagram page. Only recently did this actress share another message on the social media page where she wrote a small and interesting line about how she deals with stuff when her mood is bad. So, let’s check out the post first before we get into the details.

Now the manner in which she says that to tackle the bad mood she just posts a picture on Instagram is truly motivating and mature. As most of us usually create a ruckus if we are in a bad mood and handling our emotions become a huge task. Thus, I think we all should apply what Janani does to thwart her bad mood and just post a picture to your Instagram page.

So, what do you think about this solution to handle your bad mood? Share your opinion with us in the section given below.

If you enjoy TV shows like Sembaruthi, you can watch more streaming on ZEE5.

8 Thottakkal: Striking Resemblances Between Sathya And Krishnamurthy That Are Hard To Miss