You know that an actor becomes a star when the fans of the actor start paying their tribute to them. 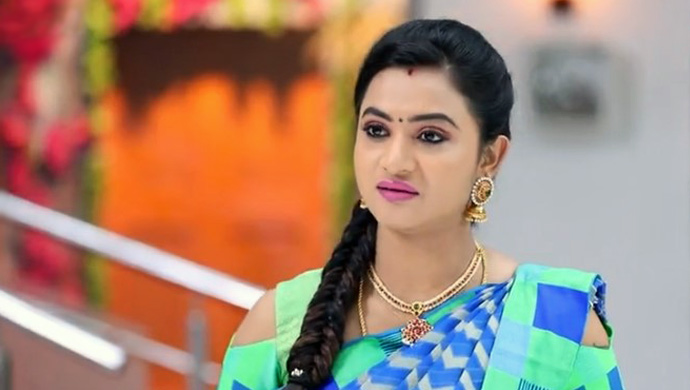 Sembaruthi that streams on ZEE5 is a series that has wooed the senses of the hundreds of viewers with its talented star cast and power-packed performances. The show that is a romantic drama speaks about the love between Adithya (Karthik Raj) and Parvathy (Shabana) also speaks about the issue of classism. And to a great extent, people just adore the chemistry that exists between Adithya and Parvathy.

You know that an actor becomes a star when the fans of the actor start paying their tribute to them. In a similar gesture, fans of Sembaruthi shared an edited video which pays a tribute to Semabruthi’s very own Janani Ashokkumar. Now, in the show, we see that Janani plays the part of Aishwarya Shankar, who is Arun’s wife. In the initial phases of the show, Janani had a very little scope to develop the character of Aishwarya.

This less scope of characterisation could be attributed to the fact that the character of Aishwarya was in its blooming stage. But since the past few episodes and time, we could see that this has changed and Janani could be seen divulging into the character traits in a full-fledged manner. Obviously, this change was noticed by the fans and probably they thought of paying their tribute to the actress.

Now, this is a beautiful audiovisual with a famous track in the background that moves swiftly and smoothly as the compilation of the picture progresses. The post was uploaded on one of the many Instagram fan pages that Sembaruthi serial has. But this one named as Sembaruthi Visirigal took a tremendous effort and dedicated time to express their respect and affection towards their favourite star. This effort by the creative minds behind the video is what we respect and salute, for a star is what the fan makes him/her.

So, what do you think about this? Share your thoughts with us in the comments section below.

Also, did you know that ZEE5 has an entire section dedicated to animated films? Check it out right away!