Igloo Trailer Showcases The Myriad Emotions A Person Experiences In His Lifetime, Watch

Directed by Bharath Mohan, Igloo brings us closer to twin sisters Vaishu and Aishu, who are raised by their father Shiva (played by Amjad Khan). 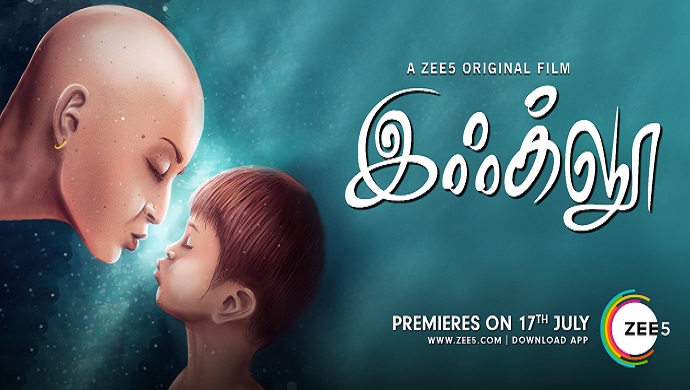 How often have you heard a story that strikes your emotional chord and makes you overwhelmed? Here’s a film titled Igloo that will tell you the tale of a father and his twin daughters and how he answers the myriad questions they have in their mind. Directed by Bharath Mohan, Igloo brings us closer to twin sisters Vaishu and Aishu, who are raised by their father Shiva (played by Amjad Khan). Aishu is good at studies while Vaishu isn’t. The trailer opens with Vaishu telling her father he mustn’t scold her when she tells him about her unpreparedness for the exam. Shiva, who is well aware of Vaishu’s old habits, tells her that she can join the housekeeping staff of his office if she doesn’t wish to study any further.

Then the trailer gives a little flashback to the story by showing Shiva and Ramya’s passionate romance that gets disapproved by her father. Ramya (played by Anju Kurien) gets pregnant with Shiva’s child out of wedlock, and eventually, her parents agree to let her marry the man she loves. Everything looks like a beautiful dream until a tragedy strikes.

Vaishu suddenly feels the urge to know about her mother and wonders why her father has never spoken about her. Shiva gets shattered once again when he sees one of his daughters battling death after meeting a massive accident. How things unfold hereafter is for you to watch.  You will be able to relate to the underlying emotions the film envelopes.  Presented by Vedikkaranpatti S Sakthivel and directed by Bharath Mohan, Igloo is a ZEE5 Original Film that premieres today (July 17).

Ayesha's Latest Dance Video Will Drive Away Your Midweek Blues